Penguins aren't the only creatures that can tell us a thing or two about sticking together and surviving in the harshest of climates. Eight Below tells the story of eight sled dogs who are stranded in the Antarctic, and the man who wants to rescue them. The movie is loosely based on the 1983 Japanese film Antarctica, which in turn was based on a true story, and it works best when it focuses on the dogs themselves: their trials, their triumphs, even their character arcs. The film is less successful when it focuses on the human characters.

Still, somebody had to get the dogs into their predicament—dogs aren't exactly indigenous to that part of the world—so the first part of the film shows how the dogs and humans work together as a team, before circumstances conspire to pull them apart.

Paul Walker plays Jerry Shepard, the research-base guide who takes visiting scientists to their various destinations on the frozen continent, and Bruce Greenwood plays Davis McLaren, an American geologist who hopes to be the first in his field to find pieces of a meteorite from the planet Mercury. Davis thinks he can find these fragments in the Antarctic, and it is Jerry's job to take him to the place where they might be found; but due to complications arising from the secrecy of Davis's mission, Jerry is forced to take certain risks—one of them being that he and Davis must make the journey by dog-sled, rather than by one of the more mechanical modes of transportation available at the base.

To the credit of first-time screenwriter David DiGilio, there is a bit of tension between Jerry and Davis, but no real conflict, as such. Davis is not the stereotypically selfish scientist who's willing to risk other people's lives for his ... 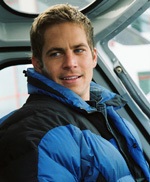