So says Douglas Gresham, C. S. Lewis's stepson and producer of the upcoming Prince Caspian, in comparing it to The Lion, The Witch, and The Wardrobe.
by Mark Moring |April 8, 2008

In late 2005, Douglas Gresham was nervously looking forward to the theatrical release of The Lion, The Witch, and The Wardrobe, the film adaptation of the first book in the beloved Chronicles of Narnia.

Gresham had a dual interest in the film's success. Not only was he one of the movie's producers, but he's also the stepson of the books' author—C. S. Lewis.

Gresham needn't have worried. LWW would go on to be a box office smash, earning $745 million at the box office worldwide—a figure that has soared well past $1 billion with DVD sales.

Now he looks forward to the May 16 release of Prince Caspian, the second film in the series, in which the four Pevensie children—Peter, Susan, Edmund and Lucy—return to Narnia and find quite a different place than they'd left behind. They encounter a helpful dwarf, a corrupt king, and a young prince looking to take his rightful place on the throne—and to restore order, justice, truth, goodness and joy to the magical land.

We recently chatted with Gresham, 62, who had just seen a rough cut of the film—which he says might be better than LWW, even though it's adapted from what Gresham calls a "poorer" book. Gresham spoke to us by phone from his home in Malta.

What has kept you busy since The Lion, The Witch, and The Wardrobe?

Douglas Gresham: We started thinking about Prince Caspian the day of the premiere of Lion/Witch. We had a short respite, and then really got into Prince Caspian. And we're already in preproduction on Voyage of the Dawn Treader.

I understand you recently saw a rough cut of Caspian. Your thoughts?

Gresham: It's a fabulous film. I'm very, very pleased. It's a film that portrays probably even more strongly than the book the essential message of Prince ... 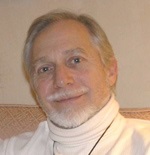