Of all the characters in the author's beloved Chronicles of Narnia, the title character of Prince Caspian is most like the author, and the book is surprisingly autobiographical.
by Devin Brown|April 22, 2008

In Jack's Life, Douglas Gresham's book about his stepfather C. S. Lewis, Gresham comments on the great love that the young Lewis had for Lizzie Endicott, the Irish woman who helped looked after Jack (as he was called) and his older brother Warnie. Gresham notes, "Jack was also fond of his nursemaid Lizzie, and she would tell him old Irish folktales and fairy stories."

In Prince Caspian, we find a comparable description: "The person whom Caspian loved best was his nurse, and though (being a prince) he had wonderful toys which would do almost anything but talk, he liked best the last hour of the day when the toys had all been put back in their cupboards and Nurse would tell him stories"—stories of the old days when dwarfs, fauns, and talking animals were abundant in Narnia.

When Prince Caspian the movie—the sequel to 2005's The Lion, The Witch, and The Wardrobe—opens in theaters next month, viewers might be interested to know that there are a number of parallels between the title character and the author of the Chronicles of Narnia.

One of the first things we learn about the young Caspian is that his mother has died and that his evil uncle, King Miraz, secretly killed Caspian's father. Lewis, too, lost his mother at a young age. Lewis's father—unlike Caspian's—lived until Jack was an adult but was aloof and emotionally distant, leaving the young Lewis, like the young Caspian, largely on his own.

In his recent best seller The Narnian, Alan Jacobs argues that Lewis was above all characterized by "a willingness to be enchanted." If we accept Jacobs's proposal, then it could be argued that of all his characters, Lewis was most like Caspian. In the profound love that both Lewis and Caspian had for fairytales, ... 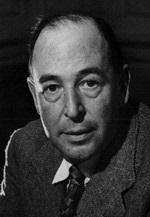