A young veteran, the twenty-something prodigy has already earned her stripes as one-third of the platinum newgrass band Nickel Creek, but it is Watkins' personal interpretations—featured on her self-titled solo debut releasing this week—that earn her comparisons to folk matriarchs Emmylou Harris and Dolly Parton. The Grammy award-winning songstress spoke with Christian Music Today about her faith, life after Nickel Creek, and how yet another Led Zeppelin alum invests his credits in folk music.

Given the record business' tendency to focus on bottom lines rather than creative expression, how do you keep music the focus during recording?

Sara Watkins: I've never been good at guessing what other people want. My big fear is that I would be wrong. I had strong opinions and musical understanding [while recording]; I didn't have a reason to go out on a limb and pretend I was something else. A lot of people don't have that luxury. If you're doing it because you feel like you should, it's always disappointing.

Robert Plant paired up with Alison Krauss, and now John Paul Jones produces your record. What is it with these ex-Zeppelins?

Watkins: Sean [Watkins], Chris [Thiele] and I [the three members of Nickel Creek] had made a record with Glen Phillips [of Toad the Wet Sprocket] years before [called The Mutual Admiration Society]. We decided to tour it a couple weeks and John played bass, which was a huge surprise and a really good time.

A few years later he saw Nickel Creek play and talked to me about producing my record. I was surprised and stoked—and a little doubtful it would actually happen. A few months down the ... 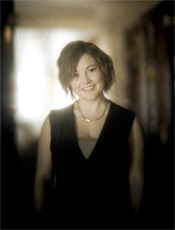