A century ago, a man started directing moving pictures who would change them forever. A man who pioneered the craft and made cinema the dominant narrative art form of the 20th century. He influenced the first masters, like Eisenstein, Lang, Dreyer and Ford. Welles called him "the premier genius of our medium" and Chaplin called him "the teacher of us all."

The father of American cinema, David Llewelyn Wark "D. W." Griffith was born January 22, 1875 in rural Kentucky. His father was a decorated colonel for the Southern Confederacy, who read in a booming voice to young Griffith from Shakespeare, Poe, Dickens, Longfellow and, of course, the Bible. But his father died when Griffith was only seven, leaving a family struggling to survive. Many of his films can be seen as a search for a father figure in a defeated land, for someone to protect the poor women and children from the oppressive rich and powerful.

Griffith's mother, a devout evangelical Methodist, had an influence on his development, as did the growth of Methodism in the Third Great Awakening (1858-1908), and in the related Social Gospel movement. Griffith's aesthetic was formed by the job he took in a bookstore, adding to his father's repertoire with voracious reading. Finally, he was shaped by the South in which he was raised. As biographer Gerald Mast says, "His films always reflected a special fondness for rural life and rural people, a longing for an idyllic pastoral world, simpler, clearer, and sweeter than the urban present."

Methodism is apparent in Griffith's works, because of its more libertarian, democratic approach to the viewer (free will versus predestination, allowing the viewer many points to focus on); because of its impassioned preaching of often prophetic ... 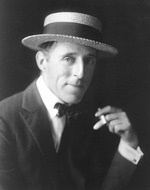