Director Leo McCarey (An Affair to Remember, The Bells of St. Mary's) wanted his viewers to leave the theaters with a smile on their faces.
Eric David|July 21, 2009

Of all the filmmakers profiled in this series, Leo McCarey may be the most overlooked, and the most devout. Born in 1896 and raised a Catholic, he attended St. Joseph's Catholic School in Los Angeles and remained a practicing Catholic until his 1969 death.

He was also a giant in his day. His films were financial and critical successes; many—like An Affair to Remember and The Bells of St. Mary's—have remained household names. McCarey worked on nearly 200 movies across 40 years, primarily comedies. He was the first director (and is one of only seven) to have won Oscars for Best Picture, Best Director, and Best Screenplay in the same year. Jean Renoir said McCarey "understands people better perhaps than anyone else in Hollywood."

Prior to entering filmmaking, McCarey first tried to be a middleweight boxer (his father was an Irish-Catholic promoter), then tried investing in copper mining, and then was a working criminal defense attorney, pursing law under pressure from his father. He would later claim that he never won a case and that his last defendant chased him out of court and down the street after losing. He also tried his hand at songwriting, writing hundreds of songs, none of which were popular—a major frustration in his life.

Switching to filmmaking, he worked at the Hal Roach studio in the '20s, cutting his teeth writing gags for the Our Gang (Little Rascals) series that many of us grew up on via television, and then he started directing shorts. He paired two comedians for the first time, Stan Laurel and Oliver Hardy, thus making film history less than a decade after he began. He wrote and directed many of their shorts and by 1929, was VP of production for the studio.

He would often sit at the piano in ... 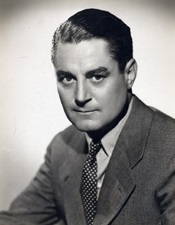