Fearing he was headed for hell, Randy Travis quit drinking and drugs in his mid-20s and started following Jesus—and now he has a greatest hits gospel CD to show for it.
Andrew Greer|March 17, 2009

After 25 years in the business, Randy Travis is an American music legend. But only over the past decade has his signature bass gone beyond his country music roots and into gospel territory. The winner of three Grammys and seven Doves with his gospel recordings alone, Travis recently spoke with Christian Music Today about his new best-of album, Three Wooden Crosses: the Inspirational Hits (Word), about his conversion experience, the difference between church and country audiences, and why he's been bitten by the acting bug (he blames Andy Griffith!). 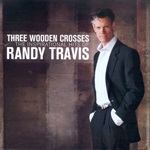 The title track of your new album is a song that presents a story of redemption—of once lost, now found. Is this story symbolic of your own conversion?

Randy Travis: I came from a background that was heavy with drugs and alcohol and arrests. I've heard people speak about how a vision or something hit them, like a light turned on, right then and there. For me, I was into my early twenties, and I went to bed one night and just started reading the Bible. That's how the slow process of coming to understand that I needed to know more about the Word of God began, and then coming to the point of accepting Christ and water baptism.

Did faith in God dissolve the drugs and drinking immediately, or was it a process?

Travis: Because of my background, I really had no fear of anything or anybody. But I came to a point in my mid-twenties where I thought, The only thing I'm really afraid of is that if I died now, I know I would go straight to hell. I would hear, "Depart from me worker of iniquity, I never knew you," not "Well done, good and faithful servant."

That was a sobering thought. So the drugs and alcohol, I stopped that cold turkey. The drinking, running totally wild, running around getting locked up for driving under the influence, trying to outrun police and many, many fights—all that stuff stopped by my mid-twenties. The marijuana lasted a couple more years, then I finally stopped that too. 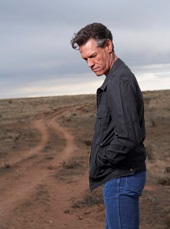 From a spiritual perspective, change is a lifelong process.

Travis: You continue to grow. As you study the Word of God more and more, you find that more is continually revealed to you from the Bible. On top of that, there's the relationship we have with God, with Jesus, and with the Holy Spirit. That relationship is the most important part. And I'm amazed what things we have access to through prayer. As Jesus said, "Where any two of you agree as to anything, ask in my name and it will be given to you" (Matt. 18:19). The fact that I've seen that work is just an awesome thing.

Did you ever guess gospel music would be the avenue to amp up your career?

Travis: Heck no! [Laughs] My wife and I started working toward getting signed to a record label in the country genre about 30 years ago. If you had asked me back then if I thought we'd have a career in gospel recording, I would've said, "I doubt it." When we did "Forever and Ever, Amen" [in 1987], I thought we'd never have another song that would have that kind of crossover appeal. "Three Wooden Crosses" [2002] came from a gospel album, became a No. 1 record at country radio, and "Song of the Year" at four awards shows. It was a huge hit.

The gospel recording turned into a totally different career. It's like we were given a gift.

What differences are there between church and country audiences?

Travis: When you are singing to a country audience, the big difference as opposed to when we're working at a church is you're probably not doing an altar call. We see a lot [of people accept Christ] at the performances within churches because I will usually do a question and answer with the pastor. It's a wonderful thing to watch the altar call after we've finished and see people accept Christ. It is the thing we are all supposed to do. What does the Word say? Something to the effect of, "You are saved by the blood of the cross and your testimony."

The pastor will sometimes request certain songs because a lot of the pastors actually do listen to some country radio. So they're familiar with some of the hits from years back.

Are you ever asked to not sing those old songs? 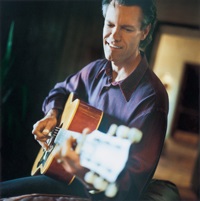 Travis: No. From the beginning there hasn't been anything negative, anywhere. It has been complete and total acceptance. It is sort of surprising, how wonderfully the Christian community has accepted us. We've been treated like we are a part of that family from day one.

You've also done some acting. Any new movies coming up?

Travis: I have a couple of scripts. It just depends on if the timing works out right. If the right kinds of things come along and they seem like they would be fun to work on, yeah, I'll do them.

Compared to the acting business, the music business looks totally sane. I've gone to work on shows when they've not even finished casting and the writing's not been finished. I'll get rewrites under the door at 11:30 at night when I'm just about to go to sleep. So that business is crazy.

Critics have given harsh reviews of your films. So, with all your musical giftedness, why even bother with acting?

Travis: [Laughs] Here's how it started. There was a performance for troops coming home from the Gulf War, and Andy Griffith was on the show that night. I love the old Andy Griffith Show, so I just had to meet him. And my wife said, "Randy would love to do one of the Matlock episodes with you."

I had so much fun doing [Matlock], I wanted to do some other jobs. Believe me [laughs], I don't see myself as an actor. For me acting is just trying to figure out how. The things I've had the most fun with are things like working with Andy because I thought so much of him.

Country music seems to be experiencing a new wave of traditionalists, many directly influenced by your music. What wisdom do you hope to hand down to this younger generation?

Travis: Do what you love. My producer, Kyle Lehning, said to me, "I wanna help you make the best records that we can make. But ultimately it's you singing the songs every night on the stage. So if you don't love it, don't do the song." Call it wisdom if you want. It's just common sense to me.

On a personal level, try and find the time away from constantly working. For quite a few years, when we would take time off it was something that we had to do just to recuperate. So, find some rest time and enjoy doing things other than focusing non-stop on work, because life is short.

You're turning 50 this year, but I'm not sure if you want to publicize that.

Travis:[Laughs] I don't care. I'll be fifty on May 4. I can do anything I could do at 16—it just hurts a little bit more.

How have your perspectives changed over the years?

Travis: After having 20-plus years and the number of singles, hits, albums—all that combined—that you can look back on, that you can sing to a live audience, there's a comfort level there even if I never had another hit, I'd be fine.

But at the same time there's a competitive thing that still makes me want to record the best albums we can—and shoot for getting airplay. Christian radio's probably never going to play me because it's more pop-oriented music, and I'm not even in the ballpark. [Laughs]

What about life perspectives?

Travis: I'm far more at peace with myself, just having come to know more and more of the Word of God, and that assurance that I will spend eternity in heaven. There were a lot of drugs, alcohol and fighting at such a young age. I didn't know any peace of mind, so I had a lot of growing in that area to do.

It's nice to feel that peace of everything, in everything.

Read more on Randy Travis at our artist page.

1 of 3
Three Wooden Crosses: the Inspirational HitsRandy TravisPickin' and grinnin'