Theology in Wood and Concrete

Six Protestant churches that strive to match form with faith.
Gary WangMay 29, 2009
This article is from the May 2009 issue. Subscribers can read all of CT's digital archives.

Protestant churches at the turn of the century asked themselves, How can we continue to build lavish buildings when there are people in need and missionaries to support? Like the rising modernists, they argued that ornamentation was frivolous and costly, and that they could do much more with much less. However, few churches saw modernism as a solution to their concerns, and they abandoned innovative design.

If churches then had seen what they had in common with modernism, they could have allied their sense of responsibility with cutting-edge design. Instead, churches, which were the architectural focal points of early American settlements, left the conversation of progressive architecture. But in the past few years, missions-minded Protestant churches have begun to rediscover architecture.

The following churches decided that their buildings were an important part of their ministry, not merely afterthoughts. And while many churches are moving toward traditional design, these churches believe there is still something to be said for a contemporary approach. They believe that buildings can express the values of congregations, bringing new meaning to the act of stewardship in architecture.

The old building of the First Presbyterian Church in Encino, California, mirrored its congregation: it was aging quickly and in desperate need of renovation. Attendance was dwindling. The church's leaders hoped that if they injected vitality into the building, the congregation would follow suit.

The church chose Abramson Teiger Architects, a firm that did not have a church or religious space in its portfolio.

Architect Trevor Abramson recalls that it was one of his initial concepts ...

Theology in Wood and Concrete

Theology in Wood and Concrete
expand
hide this 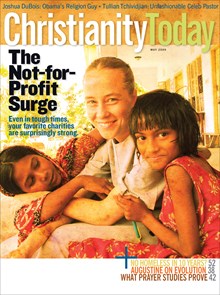