After 15 years of pursuing their own solo careers, siblings BeBe and CeCe Winans are together again with a new album.
Andrew Greer|October 6, 2009

Fifteen years ago, siblings BeBe & CeCe Winans made up one of Christian music's favorite groups. But after scoring numerous number ones in both the Christian and mainstream markets with R&B hits like "Addictive Love" and "I'll Take You There" and winning every award imaginable, they decided to split up and fulfill contractual obligations to record solo albums. But this fall, after tremendous success apart, the multi-platinum gospel stars pair up once again for an all-new recording, Still (B&C). Taking a break from a recent radio tour, the reunited siblings explain why BeBe & CeCe will always sing gospel music—and what they've learned about grace.

When you both went solo fifteen years ago, did you have any idea your individual careers would take you away from BeBe & CeCe for so long?

CeCe: No, no, no. It wasn't until I was in the studio doing my first solo project that I realized, Oh my gosh, BeBe's not coming in on any of the parts. People might not like this at all. Coming out with a CD by myself, that was scary. Up until that point, people had only heard me with BeBe, and BeBe with myself. So it was definitely a pleasant surprise that they welcomed us both as individuals as well as a duet.

BeBe, did you have a similar experience?

CeCe: He wasn't scared without me. I'm the scaredy cat. [Laughs]

BeBe: I was just surprised as CeCe with the acceptance. But you set out to do your best, whether as a duo or solo, hoping to put the right songs forward, production and everything else. You really place it in God's hands and just go for the ride.

After experiencing such success as solo artists, what inspired the reunion?

BeBe: We've been working on it for awhile. With solo careers and families and everything, ... 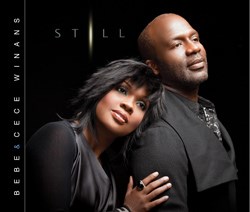