Sex Offenders in the Pew

How churches are ministering to society's most despised.
Marian V. LiautaudSeptember 17, 2010
This article is from the September 2010 issue. Subscribers can read all of CT's digital archives.

The first time Craig read the Bible was two decades ago, when he was in a county jail. "I'm a voracious reader, and after I had read all the paperbacks in the unit, I finally picked up the Bible and devoured it in four days."

When the prison chaplain asked Craig if he was willing to accept Christ as his Savior, he answered with a question: "Would Christ accept me?" Craig (who asked that his real name not be used) was serving a sentence for multiple sexual assault and abuse—crimes he committed against his young daughter and another girl.

Craig accepted God's pardon for his unforgiveable sin through Christ. He has been living under grace since then, but he still struggles with the consequences of what he did. "No one ever grows up thinking they're going to become a sex offender," he says. "One of God's greatest gifts is a child's innocence. I live with the knowledge that I destroyed this in these girls' lives."

The U.S. Department of Justice's Sex Offender Registry includes the names and locations of 549,000 persons convicted of or charged with sex crimes. The odds are that if you are reading this article, you have come into contact with a sex offender or a victim, whether you know it or not. This in itself may account for the emotionally charged responses to sex offenders.

"Lust, like any addiction, is inherently selfish," Craig says. "It puts walls between you and everyone else because you learn to objectify people. It robs you of the thing that makes you human."

Prison gave Craig time to examine his sin. "In group therapy, I was able ...

Sex Offenders in the Pew
expand
hide this 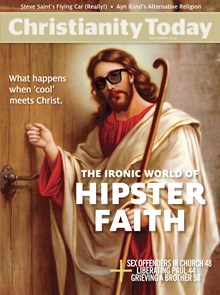 This article is from the September 2010 print issue. Subscribe to continue reading.