One morning when I was five, I opened the newspaper and suffered the most jarring fright of my childhood. It was 1975. An ad for the movie Jaws filled up a quarter of the page.

You know the poster: A razor-toothed predator rises like a missile toward the ocean's surface, where an oblivious woman is swimming.

The space between the beauty and the beast, that incredible unresolved tension—it set me to shaking. I was too young to see the movie, so I resolved my anxiety another way. I drew my own picture book, a series of sketches in which a fanged sea monster advances on a stick-man swimmer. At the last possible moment, the swimmer does what any good diver would do—he draws a sword and slays the shark. (Insert "x" for the dead creature's eye.)

That was my first encounter with the work of Steven Spielberg, who has two new films releasing this holiday season—The Adventures of Tintin, now in theaters, and War Horse, opening Christmas Day.

Little did I know in 1975 how influential Spielberg's films would become, or important his films would be to me. The shark was just the first of the scares that would shower the theatre floor with popcorn. But more importantly, he's inspired many of us to open-mouthed, wide-eyed wonder on more occasions than I have room to recount. And at his best, he's resisted his habit of happy endings and left us wrestling with hard questions and unresolved tensions.

Much has been written about Spielberg's directorial weaknesses. As a young fanboy, I defended him. But as I grew up and became a student of cinema's greatest artists, I eventually had to agree that Spielberg often soaks scenes in sentimentality until they're soggy (Hook); that his happy endings sometimes feel contrived, insufficient, ... 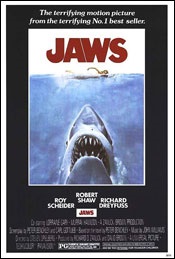