As the Muppets return to the big screen, lessons learned from the late great puppeteer.
David Zahl|November 21, 2011 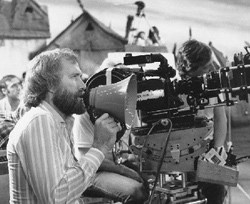 Henson was, by all accounts, a bit of a saint. Read any biography of the man, and you will walk away almost suspicious of his overwhelming decency and personal integration, his unfailing optimism and boundless energy. What made the biggest impression on those around him was apparently not his astounding creativity, but the passionate and compassionate way he lived his life. In fact, he and contemporary Fred Rogers comprise "the unfallen duo" of American public television. Both saw their work as a spiritual vocation; Rogers was an ordained Presbyterian, of course, while Henson grew up in Christian Science, even teaching Sunday school as a young adult. Unlike Rogers, however, Henson reportedly distanced himself from his church as he grew older, downplaying sectarian concerns for the sake of reaching a wider audience with his somewhat amorphous message of hopes and dreams and rainbow connections. (The urban legend that Henson died because of Christian Science-based refusal to receive medical care is just that: an urban legend.) Vestiges of Mary Baker Eddy do surface occasionally in his work, in the form of a can-do sunniness about the human condition that would be a lot more cloying if it weren't dressed up in so much inspired silliness.

Silliness, in fact, is where Henson shone. It kept the feel-/do-good-ism from ever succumbing to the piety of political correctness. Frank Oz, Henson's great collaborator/co-conspirator—literally the Bert to Henson's Ernie—once summed up their approach this way: "Whenever characters become self-important or sentimental in the Muppets, then there's always another character there to blow them up immediately." That is, despite going on record about "people [being] basically good," the Muppet characters were wonderfully and truthfully drawn. Their bickering, broken collective was united by a shared ridiculousness: Fozzie was hopelessly insecure, Piggy an egomaniac, Kermit was long-suffering, Gonzo a self-described "weirdo," Animal was, well, Animal, the list goes on. In the Muppets, the weaknesses tell the stories, not the strengths, and those weaknesses are frequently a source of humor. 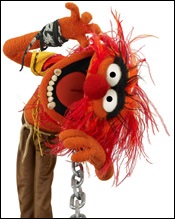 Yet Henson's was not an angry or nihilistic kind of absurdity; it was the sweet and, dare I say, loving kind. A life-affirming poking of fun that puts people on equal footing, not expecting them to be anything other than flawed. You might even call it a gracious absurdism. His faith in humanity began from an acknowledgement of limitation, not an illusion about perfectibility. He knew that joy flowed from honesty, rather than around it—sound familiar? In a similar way, Christians, whose identity is found apart from our ever-changing and often hopeless abilities and attributes, are free to laugh at ourselves. This is part and parcel of Christian joy.

G. K. Chesterton once wrote, "It is the test of a good religion whether you can joke about it." If one can say with confidence that those on the extreme ends of the political and religious spectrum—left or right—are not known for their senses of humor, Henson surely must have been on to something. Where others found potential bitterness, he found the thread of human foibles; his lighthearted irreverence was as universal as the appeal of his characters.

Henson may have preached self-belief, but all his stories find people desperately in need of (and finding!) help from others. Despite the sometimes insufferable can't-we-all-just-get-along aspect of Sesame Street (and let's face it, Fraggle Rock) much of Henson's work dealt more seriously with human suffering, both self-inflicted and otherwise. The Dark Crystal (1982) is nothing if not a parable of Fall and Redemption, and Labyrinth (1986) has a distinctly Pilgrim's Progress-like, um, progression. Henson may have believed with all his heart in a "positive view of life," but his work reflects a larger truth.

Inside, we're all children

Indeed, Henson understood that to truly reach another person, you must aim beyond the intellect, at the heart—at the unguarded, joyful corner of the soul known as the inner child, which, incidentally, is where Jesus was especially focused. Puppetry and humor were Henson's tools for penetrating adult defenses:

"When I hear the art of puppetry discussed, I often feel frustrated in that it's one of those pure things that somehow becomes much less interesting when it is overdiscussed or analyzed. I feel it does what it does and even is a bit weakened if you know what it is doing. At its best, it is talking to a deeper part of you, and if you know that it's doing that, or you become aware of it, you lessen the ability to go straight in. Fairy tales certainly are in this category, as is a lot of fantasy—maybe everything is.

"The most sophisticated people I know—inside they're all children. We never really lose a certain sense we had when we were kids."

He might as well have said that the kingdom of heaven belongs to such as these . . .

So the Muppets represent something unique: irreverent but not cynical, childlike without being childish, playful at all costs (except that of others), sincerely self-effacing, hopeful but never saccharine. Sound a little like the fruit of the Spirit? Whenever the moralism threatens to suck the fun out of the proceedings, a character wryly breaks the fourth wall and winks at the adults, as if on cue. The Muppets may not be explicitly Christian, but one would be hard-pressed to find another system that affords the same life-affirming hilarity in the face of human striving and sin.

There's also nothing mean-spirited about the Muppets—they predate the gulfing cultural divide that has appeared in this country over the past twenty years. In fact, Henson's skills as an ideological bridge-builder are sorely missed. 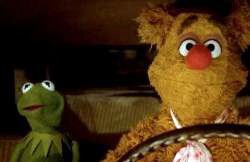 Kermit and Fozzie in 'The Muppet Movie'

Unless you count the priceless scene in The Muppet Movie when Kermit and Fozzie encounter Dr. Teeth and his Electric Mayhem band practicing in a church and Fozzie quips, "They don't look like Presbyterians to me," the Muppets have largely stayed away from religion.

The closest they've come to the subject actually happened after Henson's 1990 death, in The Muppet Christmas Carol (1992), which is one of the most faithful and moving adaptations of Dickens' classic ever put on screen. The music is their most memorable since The Muppet Movie (1979), Michael Caine makes a devastating Scrooge, and the religious element isn't muted in the slightest. In fact, the final five minutes are about as good an illustration of the joyful rebirth that occurs on the other side of genuine repentance as one is likely to find. I defy you not to be moved.

Whether or not these precious elements will be preserved in the new film remains to be seen. While the post-Henson outings have all had something to recommend them, his absence has been acutely felt, not the least in the character of Kermit, whom Henson voiced. One almost wishes the Muppet-verse had had the good sense to retire the green felt when Henson shuffled off the planet. Kermit's scenes are too often marred by the nagging (and distracting) feeling that we're dealing with an imposter—a toad in frog's clothing, if you will.

Humor-wise, The Muppets have never been able to resist a good pun—The Muppet Show is a crash course in the power of corny wordplay—but without Henson, the jokes noticeably shifted from character-based to more gag- and punchline-centered. When Disney bought the characters in 2004, there was some fleeting hope that the ship might right itself, but alas, Mickey and co have yet to show any indication that they understand the Muppet appeal.

Still, if anyone can do them justice, the team behind the new film has the right credentials. They are, after all, members of a generation that were fed a steady diet of Henson during their formative years. Bobin's two seasons of Flight of the Conchords proved that he understands good-natured silliness. Segal's work, on the other hand, despite its somewhat vulgar tendencies, has always displayed a steady grasp of human heartstrings—he does everyman (Kermit-like) vulnerability as well as anyone. Beyond that, Chris Cooper makes a terrific villain and Amy Adams the sort of doe-eyed dreamer who is bound to make Piggy jealous. 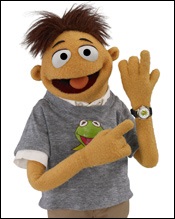 Walter is the newest Muppet

Yet as much the new film is trading on 30-something nostalgia, no one wants a non-Henson retread. Thankfully, it also appears that they're moving forward; a new Muppet named Walter, for example, is reportedly one of the highlights. And a score by Conchord Bret McKenzie ensures that the young-at-heart will have plenty to keep them in stitches.

In a sense, the new crew is so well-positioned to succeed, that if they can't pull off a Muppet revival, no one can. Soon we will have an answer to whether or not the franchise died with Henson. Of course, like any institution (or ministry for that matter), the sustainability of the Muppets says very little about their ultimate impact or significance. Lord knows, what we already have is gift enough! Thank God there's nothing stopping us from re-watching the films—in order, if at all possible—getting reacquainted with our inner Muppet/child, and, most importantly, laughing ourselves silly. As Chesterton so wisely pointed out, humor of this kind can only deepen our faith.

David Zahl is editor-in-chief of the Mockingbird blog, author of The Gospel According to Pixar, and is on staff at Christ Episcopal Church in Charlottesville, Va.

1 of 4
Jim HensonAnimal is, well, AnimalKermit and Fozzie in 'The Muppet Movie'Walter is the newest Muppet