As Holocaust dramas go, In Darkness (Sony Pictures Classics, in limited release Jan. 27), stands firmly in the tradition of movies like Schindler's List and The Pianist: true-story films about Polish Jews who, against all odds, lived through the Nazi atrocities of WWII with help from non-Jewish protectors. Here the protector is the morally dubious Leopold Socha (Robert Wieckiewicz), a sewer worker and petty thief in Poland. Socha, a Catholic with a family to support, is offered money by the Nazis for every Jew he finds hiding in the sewers. But when a group of Jews offers him even more to protect their hiding place, he begins a journey down an accidental, opportunistic path toward heroism.

The film's title comes from its setting in the sewers, but is also a metaphor for the darkness of humanity. There is no clear delineation between heroes and villains, the good and bad; it's more like the bad and the worse. Acclaimed Polish director Agnieszka Holland (Europa Europa; The Secret Garden) explores ambiguous moral territory, where the Jews aren't all good and neither is the Gentile who protects them. Holland, who collaborated with her friend Krzysztof Kieślowski on the screenplay for the Three Colors trilogy, offers a nuanced document of the Holocaust that is strengthened by its reluctance to put halos on any of its characters.

This is not to say we don't feel connected to the characters or root for them to survive. We do, perhaps more so because of their imperfections. And Socha—a flawed man whose good heart is gradually revealed as his bond with the Jews grows—is a likeable protagonist. He spends his life pulled between the dark underworld (literally) and the goodness of daylight, family, ... 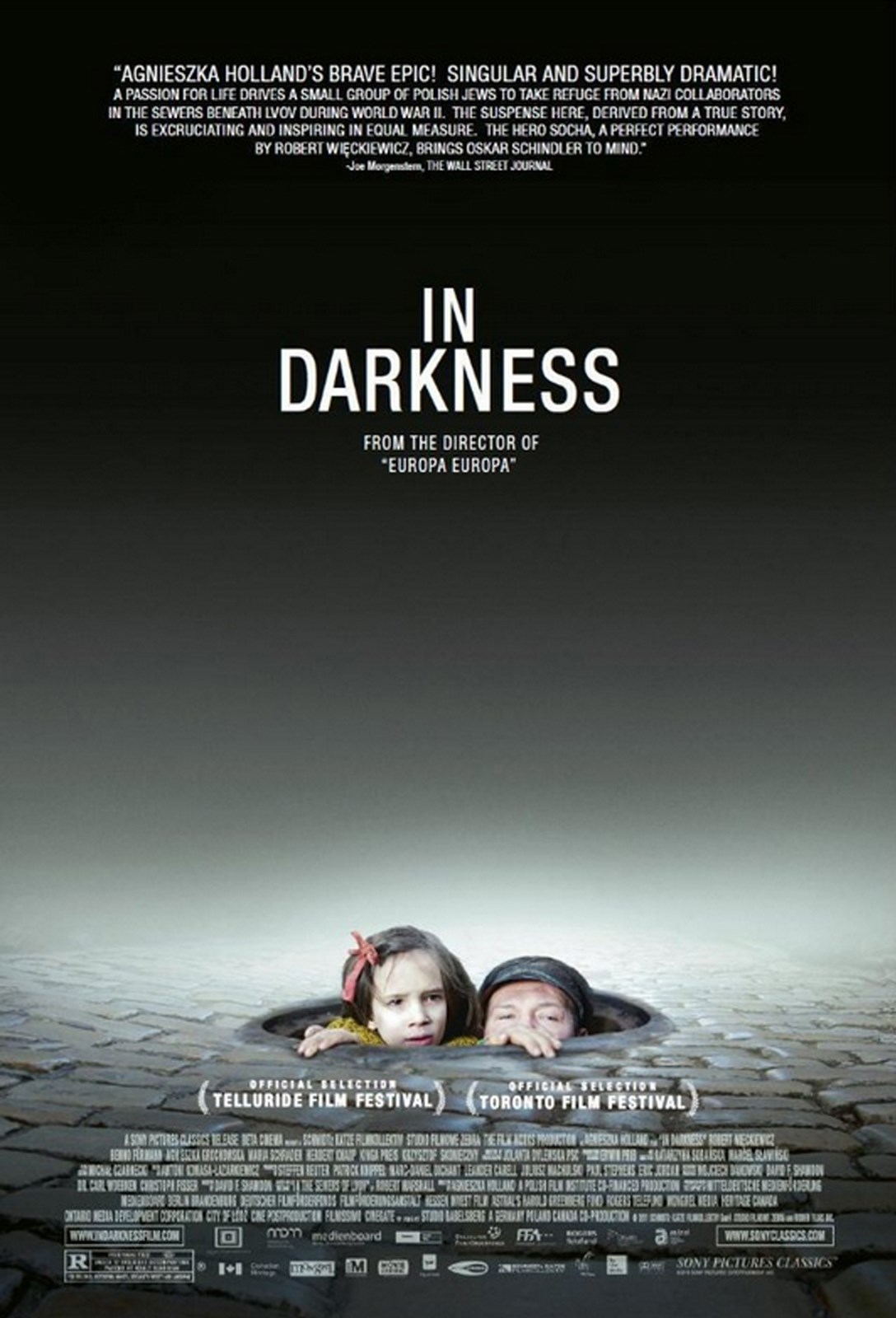 This article is from the February 2012 print issue. Subscribe to continue reading.