After years of writing music and producing records in Nashville, Don Chaffer—front man for the duo Waterdeep (with wife Lori)—takes a foray into the music theater world of New York. While Godspell and Jesus Christ Superstar light up Broadway, Son of a Gun, a loosely autobiographical stage translation of Chaffer's 2006 "Khrusty Brothers" concept album, will be playing a few blocks away at the Firebone Theater, from Nov. 1-18.

Through the mouthpieces of lively characters like "Cowboy Jesus" and "Lucy Sunshine," the production—with music and lyrics by Chaffer—asks the hard questions of life. 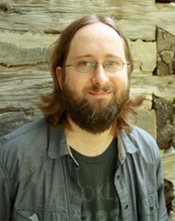 Officially, it's being billed as "a quirky, darkly comic, rock musical that tells the story of Danderhauler Agamenon Khrusty, the eldest of three sons of Winston and Elmadora Khrusty, and the heir apparent to the throne of the Khrusty family Appalachian band. Danderhauler's life is dominated by the charismatic personality of his father, a highly-functioning, highly-entertaining alcoholic. When Danderhauler meets the love of his life, Lucy Sunshine, they conspire to free him of the burden of his father's addiction, but their plans are thwarted by the surprising news of Winston's tongue cancer. Winston's tongue is promptly removed to save his life, forcing Danderhauler to step up as the new band leader. As the events that follow spiral out of control, Danderhauler clings to his love for Lucy to keep him upright. When even that window of hope is shattered, Danderhauler is forced to confront his dead father, which he does by means of an old fashioned cowboy duel."

Got that? We weren't exactly sure either, so we asked Chaffer to tell us all about it.

What inspired the 2006 album that ultimately was the source material for Son of a Gun?

That record had been done for the better part of two years before I released it. My father passed away in '03 of suicide, took his own life. In the wake of that, I found myself writing a different kind of song. I guess you could say it was a crisis of faith time, and I just started being interested in not pulling any punches when it came to asking whatever questions I felt like I needed to ask. The record reflects that.

Talk about the process going from album to stage.

I technically co-wrote a book called Son of a Gun with Chris Cragin Day. Chris's husband, Steve, thought it would make a good musical. That was just based on hearing the metaphorical flights of fancy and the parent backstory in the songs—and I just decided, sure. It's been many moons, probably five years, since we started. It's been an evolving process, and it's my first foray into storytelling of this scope, so it's not like I imagined it in the beginning. It's better. 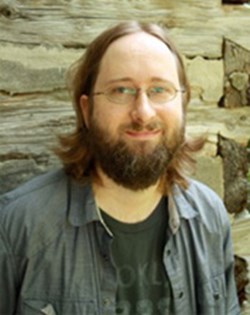 Can you give us a sneak peek into the plot?

Son of a Gun presents an interesting mashup of music and narrative. And, from a story perspective, it's funny. It's a dark comedy with a serious arc to it. It addresses this question of family and how to hack your way through a life that can be filled with pain, and it asks where the redemption is in the midst of all of it.

The story emerged from my own life experiences. There are plenty of times where we would hit a roadblock in the narrative, like, What should we do next with this character or this thing? And I would say, "Well, here's what happened to me." And that would be the best dramatic solution to the problem. So there's times it's stunningly true to my own life, but, of course, I did not grow up in a family band. We were not from Appalachia. My dad didn't play guitar or sing. There were no duels anywhere. And so on.

But in the story, there is this "Cowboy Jesus" character and his sidekick angel Mike and angel Gabe, and they have their own subplot throughout. So the production doesn't ignore the spiritual aspect of trials. It actually tackles it head on and tries to make some sense of it.

Will the musical style be similar to Waterdeep's work?

Waterdeep has been a mixed bag. If you've been keeping up with Waterdeep for the last four records, this isn't going to be any sort of surprise. I think it's in keeping with what we've been working toward in terms of tone and poetic voice and things like that.

The fun thing about music theater is it's the father/son story—the son trying to get out from his father's shadow. His dad runs this family band, and the show opens with him singing about how he's got to get away from dad. But a series of tragic turns occur that prevent that, and so it's sort of how the son deals with both the tragedy and the foiled plan of exodus. The fun thing is you get to see the two worlds colliding because the family band is like sort of bluegrass and southern gospel by way of Showbiz Pizza or Chuck E Cheese. It explores a wide variety of music. In other words, compared to Waterdeep, it's more variety and more fun. Then it has its pretty intense movements as well.

What role has your wife, Lori, played in developing Son of a Gun?

She was kind of my ace in the hole. I wrote a lot of the songs myself, but some of the best parts are co-writes with her. I would occasionally hit a wall, so I'd grab her to come upstairs and figure out how to help me with this song, that song. She was a godsend.

You've written a wealth of worship music. How has this project been different?

First of all, worship songwriting is a thing unto itself. I mean, it's music with purpose that's intended for communal use—for people getting together expressly in religious gatherings. So it's really a different thing from writing a pop song or folk song. Theater is a whole different arm of culture. The thing about theater is the intent. Particularly in New York, it's a great place to ask questions without fear of reprisal. There's a freedom to wrestle that I didn't use to have.

A lot of times, the evangelical bent is to give answers. But the theater ended up being this warm place to explore the realities and implications of certain emotions and actions. You would think that churches would have that kind of receptive environment because, ostensibly, faith addresses those very things—the consequences of actions and the sorting out of emotions surrounding life's most important questions. But I think evangelical Christianity got a little off the rails, like having to be able to report answers to all of life's questions.

For me, the ability to ask a question and watch it hang in the air as people regard it, address it, and bring their own questions to it, is therapeutic and faith-affirming. My understanding of the Christian faith is that Christ steps down into the midst of that stuff. He deigns to involve himself in the brutality of our questions, as opposed to being aloof, which is the stunning/miraculous/offensive reality of incarnational theology.

Why should people go see Son of a Gun?

Because it's awesome? (laughs) I think the marriage of narrative and music is amazing. For people that are fans of the kind of music we do—some sort of indie/alt/folk/rock category—we cover all those different things within the context of the piece. Getting to see that stuff married to narrative is really something. I have a complicated relationship with musical theater itself. I didn't think I liked it, and then once I got into it I realized how many musicals I had committed to memory from when I was a kid.

This is something that you have to go to New York and sit in a 99-seat theater to see. Watching people act for you in that close of proximity is a stunning experience. You can't help but be taken aback by how much these performers are willing to give. They're so committed and present. The experience of watching that happen is spellbinding and takes your breath away. At the end of the first act [of one of the early productions last summer], I broke down and sobbed. I think it has a sort of catharsis to it, and those kind of things can be rare and worth fighting to see.

What do you want audience members to walk away with?

This question of facing the painful parts of life and not withdrawing, and that the way through is love—that we embrace the loves in our lives as a means of dealing with the pain. The irony of course when you experience trauma, love appears to be the source of more pain, and as a reaction toward trauma we tend to shut down. Son of a Gun is about how that doesn't really work. That you can't go over it, you can't go under it, you can't go around it. The final song is called "Love Is Always Worth Fighting For." And I think it's really worth wrestling your way through all that's difficult to find the love in your life.