This week marks the twentieth anniversary of Rich Mullins's landmark recording A Liturgy, a Legacy, and a Ragamuffin Band. Anyone who bought that record, or many other recordings by Mullins before his death in a car accident in 1997, was bound to see another name in the liner notes, that of producer Reed Arvin. Arvin, who has spent his years since working with Mullins as a novelist writing legal thrillers as well as teaching and writing on creativity, recently took time to reflect on working with Mullins and the recording of that album.

I assume you met Rich Mullins on the road touring as a keyboardist with Amy Grant. How did you become his producer?

I did meet Rich on the road. I don't recall the city, but I recall seeing him for the first time. He was wearing a dark overcoat and looked pretty disheveled, but in an intentional way. I shook his hand but had no idea the role we would eventually play in each other's lives. I don't think I saw him again for a year or so.

Eventually, Mike Blanton, Amy's manager, asked me quite spontaneously, "Do you think you could produce a record for Rich Mullins?"

What would you say your approach to producing was? Specifically, what did you add to Mullins's songs that wouldn't have been there otherwise?

I cared about the song more than the artist, which is not smart for a producing career. My approach was simply, "What is the emotional core of this song, and how can I bring that forward?" I really wanted to feel things listening to music. Still do.

The early records were a bit catastrophic; neither Rich nor I had any real idea what we were doing. I was in love with experimenting at a time when experimenting wasn't economically ... 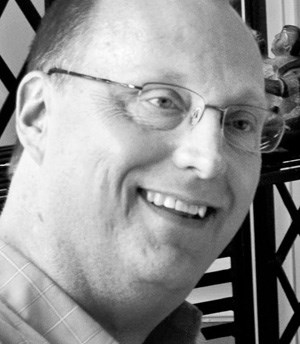