Calvary begins with Father James Lavelle (Brendan Gleeson) in a confessional. The man on the other side, rather than confessing his own sins, tells Father Lavelle that he will murder him shortly to make a statement to the world.

Father Lavelle has done nothing to him, but the unseen man was raped by a different priest when he was only seven years old. Killing a bad man would not prompt the shock and outrage he wishes to elicit from the world of witnesses. It might not even get noticed outside of their small, Irish town. He wants to kill a good man, and Father Lavelle is the best he can find.

After telling the priest the day and hour of his reckoning, the man asks if Father Lavelle has anything to say to him. Not right now, the father replies quietly, but he hopes to think of something before Sunday next.

It is a superb opening scene, akin to writer/director John Michael McDonagh calling his shot and announcing he is swinging for the fences. Very few people who love movies will be able to watch it without getting that familiar tingle of excitement that alerts you that you may be about to see something great. But then . . .

The film doesn't flounder or fail exactly, but neither does it live up to the promise of its first scene. Brendan Gleeson is terrific and believable as a man who is put in a situation where God (or the impersonal universe, depending on your point of view) asks him to be too good to be true. Father Lavelle confides in a superior and says he believes he knows who made the threat, but he does not reveal who it is. (It's not officially a confession—the man never asked for forgiveness—so there is no seal of privacy over it.)

What follows is a week in the life of the priest as he ... 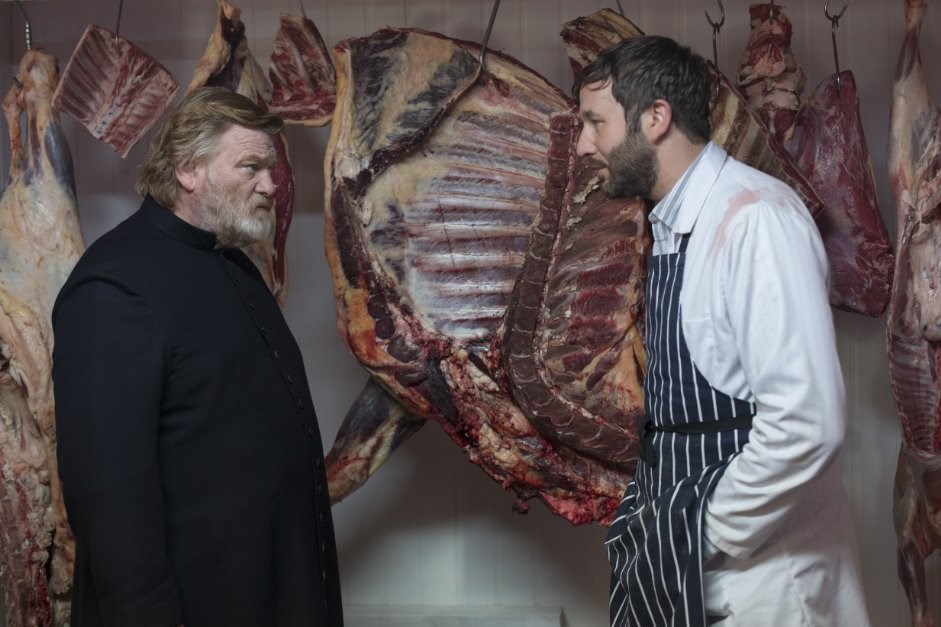