Seeing the Somali pirates from the other side.
Larisa Kline|October 3, 2014
Image: Drafthouse Films
'Fishing Without Nets'
Our Rating

What have I done with my blessings?

No matter who’s asking this question, it should make you stop and think. But especially when it comes out of the mouth of a Somali pirate.

Okay, so one of the actual Somali pirates you heard about on the news several years ago or saw in Captain Philips probably didn’t actually say this—or not that you know of. In his first feature length film Fishing Without Nets, director Cutter Hodierne asks his audience to forget the narrative you think you know and hear the Somali side of the story.

Back in 2012, Hodierne directed a short film of the same name that followed the life of Abdi as he left his unsuccessful life as a fisherman in order to provide for his family. The film did so well at Sundance (it won the Jury Prize in Short Filmmaking) that Hodierne decided to go back to Africa in order to finish the story he began telling.

“wanted to do it from the perspective I found most interesting and try to do justice to the truth we wanted to tell . . . I hope the authenticity comes across,” Hodierne explained at the Q&A session following the New York screening of the film.

In order authentically re-tell the story of the 2009 cargo ship hijacking, Hodierne and his team flew to Mombasa, Kenya and searched for people who were actually affected or involved in the pirating. Only two people in the film were professional actors; the rest came to auditions at nightclubs throughout the area. They were surprised that someone cared about their story and wanted to be part of telling it. Hodierne even went so far as to include the perspectives of the hostages, because he wanted “to do this thing right.”

And Fishing Without Nets does just that. 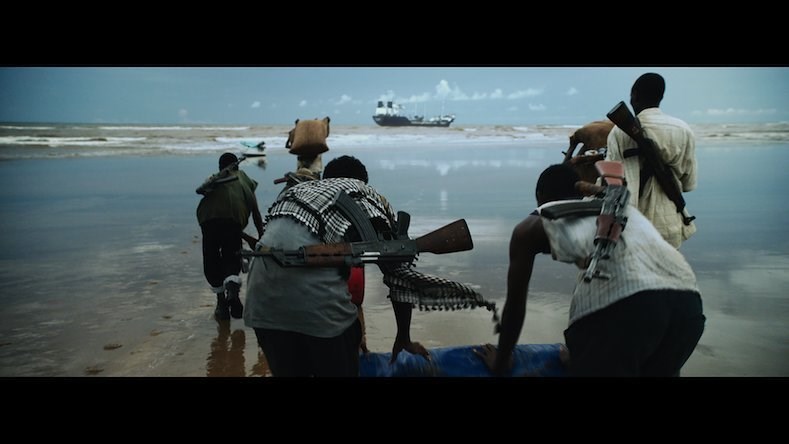