The inspiring story of Paul Potts, the frumpy opera buff who won "Britain’s Got Talent."
Mark Moring|October 17, 2014
Image: Liam Daniel / The Weinstein Company
James Corden in 'One Chance'
Our Rating

We all have our favorite lines from The Princess Bride: “Inconceivable!” “As you wish.” And, of course, “Hello! My name is Inigo Montoya. You killed my father. Prepare to die!”

Much less frequently quoted is an exchange at the beginning of the movie, when Peter Falk’s character comes in to read to his sick grandson. The boy, who had been playing a video game, rolls his eyes at the very idea: “A book?”

“That’s right,” says Grandpa. “When I was your age, television was called books. This is a special book.”

“Has it got any sports in it?”

“That doesn’t sound too bad. I’ll try and stay awake.”

The kid settles back to listen, and Grandpa begins to read aloud:

“Buttercup was raised on a small farm in the country of Florin. Her favorite pastimes were riding her horse and tormenting the farm boy who worked there. His name was Westley, but she never called him that . . .

“Isn’t that a wonderful beginning?”

Yes it is. And so is the fairy tale that ensues.

I could say the same thing about One Chance, now playing in limited theaters and, until November 8, for free on Yahoo Screen (which is where I watched it).

It’s a fairy tale of sorts . . . only it’s a true one. One Chance is the story of Paul Potts, the shy mobile phone salesman from South Wales who in 2007 stunned the world by winning Britain’s Got Talent with his exquisite operatic voice.

Like The Princess Bride, the beginning of this charming movie features a narrative voiceover—from ... 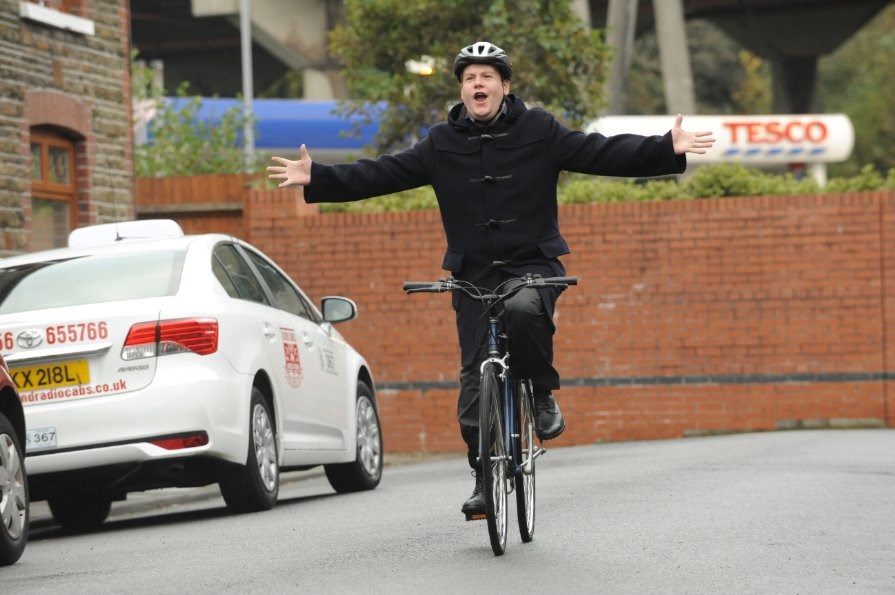