A copycat of a copycat, and not a good one.
Robert Joustra|September 23, 2014
Image: Twentieth Century Fox Film Corporation
Thomas Brodie-Sangster, Will Poulter and Dylan O'Brien in 'The Maze Runner'
Our Rating

As apocalypses go, it’s admittedly refreshing to hear about one that isn’t really our fault. The world has ended so many (grisly) ways lately that the sheer ingenuity of humanity’s many problems has to be appreciated.

Of course, while the apocalypse might not be people’s fault, in the post-apocalypse of The Maze Runner, lots of other things are.

Because, other than the prime mover, most of the rest of the post-apocalyptic script in The Maze Runner is intact. Egoism? Check. The Maze Runner yields some of the best Lord of the Flies moments since, well, Lord of the Flies, with the admittedly touching alteration that Piggy—Chuck is his name, this go around—doesn’t get mob lynched (but, spoiler alert, it still doesn’t end especially well). Groupism? For sure. The “Gladers,” as they are known (because they live in a glade), prize nothing quite so highly as order.

Occasionally brutal order, because it’s the thin line that enables their common security, both from each other and from the denizens of the Maze. Power politics and anarchy? Check, and check.

Alby, the affable group leader and first to arrive in the Maze, recalls the early days of the Maze when a kind of state of nature persisted and it was only through the establishment of the hierarchy and rules of the Glade that something like peace and order were possible. 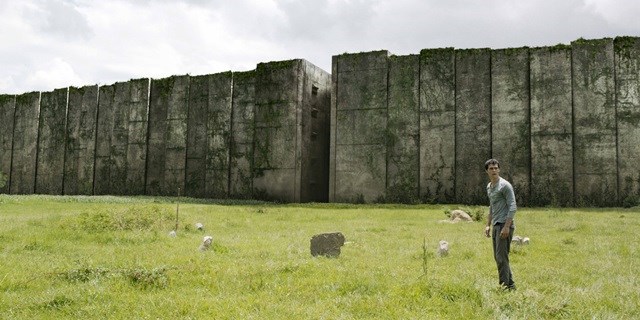