The filmmakers behind 2007’s excellent 'Bella' have dropped the ball with their second feature.
Mark Moring|April 24, 2015
Our Rating

Eight years ago, two talented young artists from Mexico—one a handsome star of Latin soaps, the other a promising filmmaker—got together and formed Metanoia Films, intent on making movies that reflected beauty and goodness in everyday life.

Both men, actor Eduardo Verástegui and director Alejandro Monteverde, are Catholic, and while their faith certainly informed their filmmaking, they didn’t set out to make “faith-based films” or “Christian movies.” Faith and spirit would be organic, as natural to real lives as brushing one’s teeth or driving to the office. Nothing would feel forced, sanctimonious, or message-driven.

So it was with 2007’s Bella, a fine debut with Monteverde at the helm and Verástegui in one of the lead roles. It was full of spirit and color and grit and warmth, and it won the People’s Choice Award at the Toronto Film Festival.

It was a subtle “pro-life movie,” not at all in your face with an agenda. In a 3½-star review for Christianity Today, Frederica Mathewes-Green wrote, “Some Christians would find it tempting to make a blaringly obvious, preachy movie, but Verástegui and Severino have wisely opted for quality instead—without sacrificing the clarity of its life-affirming message. Bella is beautiful to watch and hard to resist.”

When Bella released, I had several conversations with Monteverde and Verástegui, and found both to be earnest, bright, and imaginative, and I really liked their little movie. Bella was one of my favorite films of 2007.

Now that their second major feature, Little Boy, is hitting theaters, I’d love to talk to them again. My first question ... 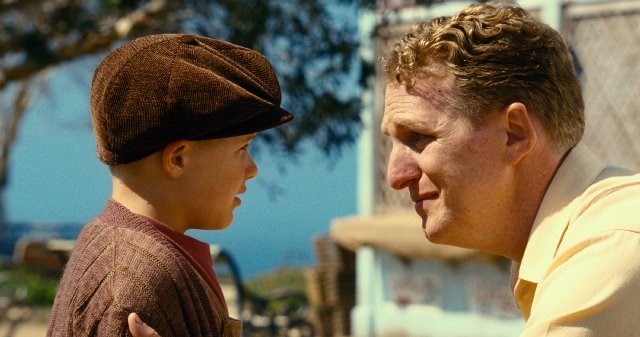