The film is uneven, but Joy knows just who she is.
Alissa Wilkinson|December 23, 2015
Image: Twentieth Century Fox Film Corporation
Jennifer Lawrence in 'Joy'
Our Rating

The text at the beginning of Joy, the latest film from director David O. Russell (American Hustle, Silver Linings Playbook), says it is “inspired by the true stories of daring women . . . one in particular.”

That “one” is Joy Mangano, played here by Jennifer Lawrence, who is always fun to watch and certainly holds the film together. The character and her story are based on Mangano’s true story of inventing the Magic Mop, hawking it on the still-new QVC, and overcoming difficulty to become a business mogul able to support other inventors and entrepreneurs.

Russell makes weird and frenetic movies that aren’t to everyone’s taste. They lurch around a bit and at times seem more infatuated with style than substance or coherence. That shows up again in Joy, which is narrated by Joy’s grandmother (Diane Ladd) and includes a montage introduction and a couple early black-and-white scenes from a melodrama, shot in soap opera style. Soon we segue into a whirling-dervish madcap romp through Joy’s house, with Joy as the axis, populated by a motley crew of relatives: Joy’s two children and her grandmother Mimi; Joy's ex-husband (Edgar Ramirez), an aspiring singer who still lives in the basement long after the divorce; her mother, Terry (Virginia Madsen), who stays in bed and watches soap operas; her father Rudy (Robert De Niro, another Russell regular), who’s moving back in after his latest split—though he’ll have to share space with his ex-son-in-law, whom he sometimes-cordially hates. (Good thing he swiftly finds a new girlfriend in Trudy, played by Isabella Rossellini.) The family also includes Joy’s half-sister Peggy (Elisabeth Rohm), who ... 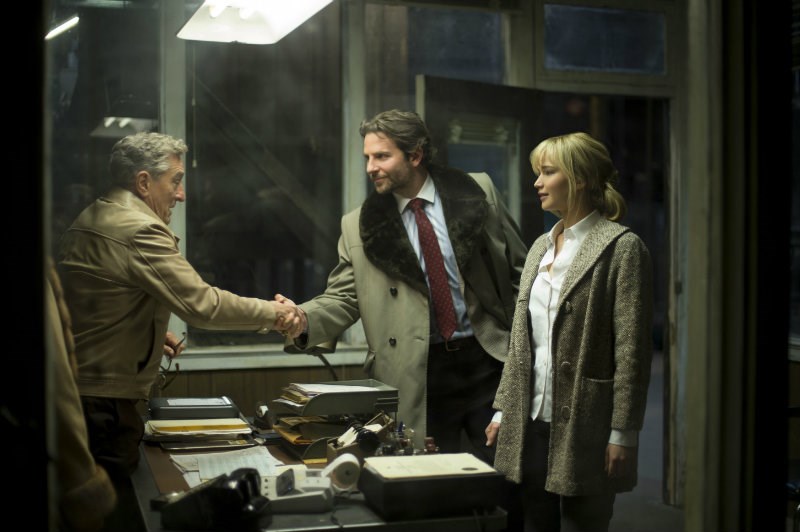