I suspect that by the time the next Mission: Impossible film rolls around I won’t remember a thing about Rogue Nation’s plot—or much else, except maybe Tom Cruise hanging on to an airplane door. (Or was that the one where he was hanging from a glass skyscraper?) It’s surprisingly pleasurable, a romp through a series a snazzy set pieces that are linked by familiar themes. What’s fun about it comes from how it's executed, rather than any innovation.

And execute, it does. The latest installment in the long-running franchise somehow manages to find the shrinking sweet spot between pretense and camp. The movie never winks at the audience, but it also refuses to take itself too seriously.

After its prologue–one of several echoes of the Bond franchise that seem deliberate–we see Ethan Hunt (Tom Cruise) adrift. He’s learned that the secrecy and integrity of the IMF force has been compromised, and then he watches a colleague’s execution. Hunt himself escapes the same fate through the intercession of the mysterious Ilsa (Rebecca Ferguson), who then becomes the focus of Ethan’s attempts to find out and take down a shadowy syndicate responsible for much of the world’s terrorism.

Brandt (Jeremy Renner) and Dunn (Simon Pegg) are pressured to help bring Ethan back into the fold by Alan Hunley (Alec Baldwin) and a group of snotty government oversight types who have the temerity to suggest that the IMF’s track record is mostly the result of . . . luck! (This might be one of the film’s half winks to the audience, signaling that all of us know how absurd this genre is, one in which members of the team are saved from death or torture, by less than a second, ... 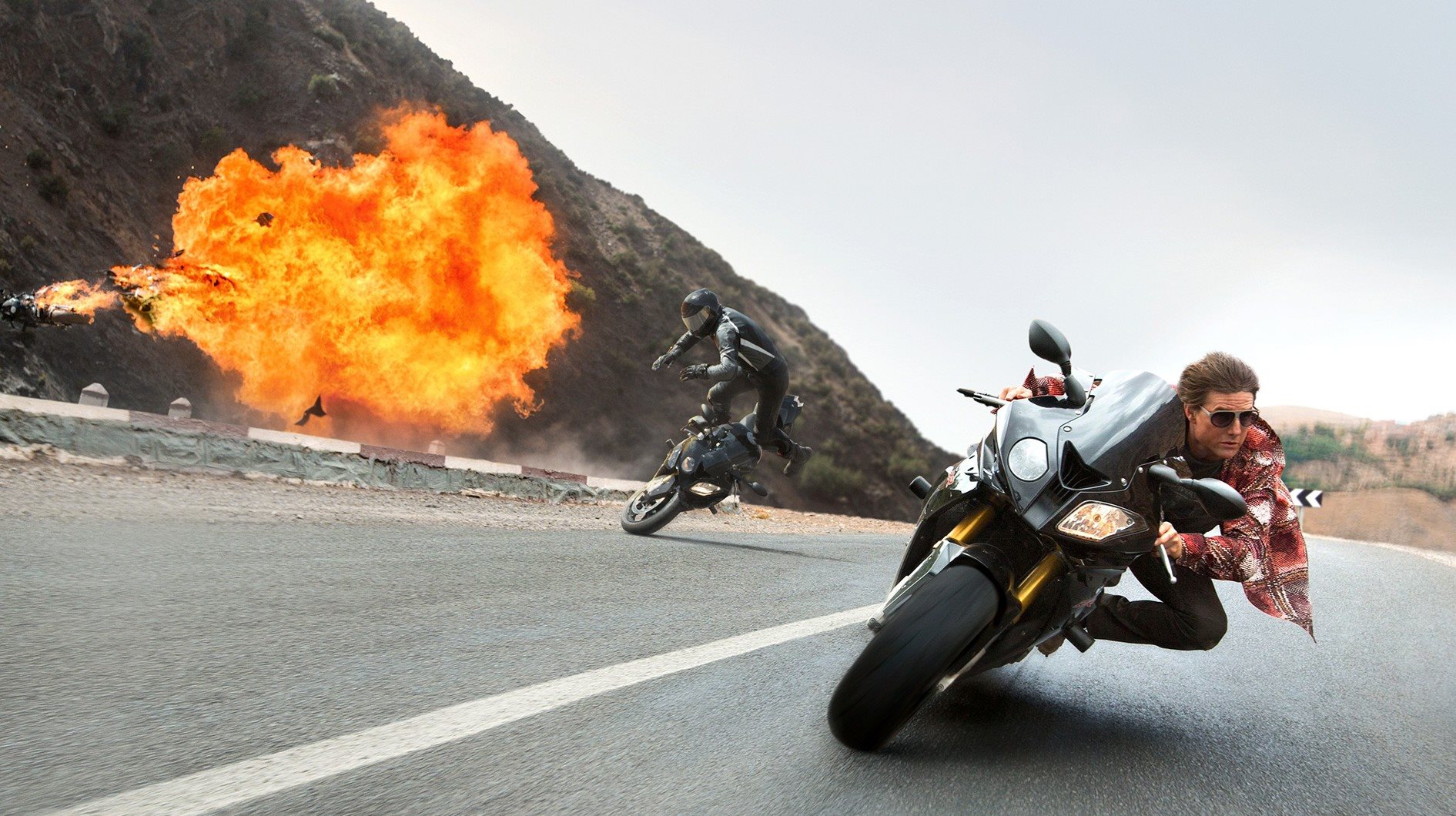