Sherry Turkle: How to Keep Your iPhone from Destroying Your Relationships

If you’ve ever watched a group of people glued to their smartphones and wondered how these devices are shaping our relationships, Sherry Turkle’s research is for you.

The MIT professor, known for her insightful books and TED talks, studies Americans' relationship with technology and how it spills over into our interactions with our partners, kids, and friends.

A recent Pew Internet survey found that 9 in 10 Americans had used their cell phones during the most recent social gathering they attended, even though the vast majority of us (82%) consider it annoying or distracting for others to do so in conversation. 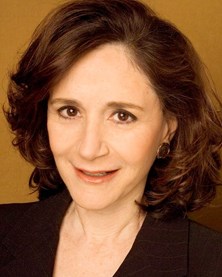 Actually talking with other people, free from interruptions, can help mitigate some of the damage done by distracting smartphones and tablets, writes Turkle in her new book, Reclaiming Conversation: The Power of Talk in a Digital Age. “The pathway to empathy is something you learn through conversation. It’s not as if we need to invent incredible new technology,” she said. “We learn empathy through the process of conversation.”

Turkle recently spoke with CT assistant editor Morgan Lee about the constant interruption of digital notifications, how we became so uncomfortable with boredom, and why we should stop using our smartphones as alarm clocks.

What makes screen-based technology different from other technologies we have adopted?

What’s special about this technology is that it’s small: small enough to be always on and always on you…. You can interrupt a conversation with somebody at any time. We’re in a conversation at lunch, and I put my phone on the table so I can be with you and also with all the people who come to me on my phone.

Malcolm Gladwell notes that once a certain number of people have adopted something, it prompts others to join in, even if they are uncomfortable with the idea. Can we relate that concept to interrupting a conversation with your phone?

In the late 1990s, one of my graduate students said to me, “I had the weirdest experience today. I had a friend with a cell phone, and in the middle of a conversation, he put his hand in my face and said, ‘Just hold on for a second, I need to take this call.’ ” My student said to me, “It made me feel like he was putting me on pause, like I was a tape recorder.”

I remember thinking, that’s a terrible feeling, that this guy feels like he was put on pause! That was in the late ‘90s. Since then, this is like, Welcome to my world, welcome to all of our worlds. We think nothing of putting each other on pause….

We are doing something that hardens us, so there's been a drop in our capacity for empathy. We have gotten used to living that way. It turns us into people who are less sensitive to others.

We understand how a person feels—and yet override our natural response to that.

The question is, do we understand how another person is feeling and override it, or are we collectively forgetting how other people are feeling in those situations?

When you’re on the Internet, you don’t see another person’s face. People really do forget about how other people feel. Philosophers teach us that someone’s face calls another person and their feelings into reality.

If you teach your child that it’s okay to be in conversation with them when you’re also on the phone, you are raising a child who never feels the power of having a parent's full attention. That’s a very difficult thing.

What are your own personal boundaries?

I don’t use my phone as an alarm clock, because I realized I was waking up in the middle of night and checking messages. There were plenty of other perfectly good alarm clocks out there. I developed this habit because of working with teenagers. They told me that they were sleeping less because they were texting all night. One big piece of advice to parents is to check the phone before children go to bed, and to not let them use it as an alarm clock.

How has the idea of boredom changed over time?

Boredom is your mind’s signal to you to go to your imagination and let it run free. We are not allowing that signal to get through, because as soon as we get bored, we go to our phones.

There’s an incredible study of college students who are left without a phone and without a book. After six minutes, they are giving themselves electroshocks rather than just being alone. It’s not that surprising, because if you look at people’s behavior at stop signs and checkout lines, we think of boredom as a problem that technology can solve.

One young man I interviewed said he was excited because his generation would be the first generation that would never know what boredom felt like. He said that as if it were a good thing. But childhood boredom is a very important thing. It’s when the brain resets itself and comes back to letting the imagination feel free. Adult boredom is also important.

People say to me, “There’s nothing new here. It’s just another form of technology." But other technologies didn’t cause people to get so antsy that they needed to electroshock themselves in order to not have a moment of boredom. Something is new here, and we have to confront that.

Are there ways screen-based technology is helping us communicate better?

We know more about other people. We learn about things that we never knew before. For example, the tragedies in the migrant populations in Europe. I don’t know what information we would have about that if not for the Internet. During World War II, there was a tremendous disruption in European populations and vast deportations. If there had been an Internet, we might have known much more about it than we did.

Knowledge of persecution and humanitarian crises and how other cultures are living—all of this is fantastic. My problem is not with that. My problem is with something very specific: how we live with devices that take our attention away from the people we are with, right now.

Is there a group of Americans who are better balanced about technology?

Younger people are on to and feel discontent with the way they are living now. For example, a young man said to me, “Don’t study texting. Our texts are alright. It’s what it does to our face-to-face conversations that’s a problem.” He’s very aware of what interrupting conversation to look down on his phone is doing. It’s making him feel further from his friends because he knows they are talking about trivial matters. Who wants to have a deeper conversation if at any moment someone could go off to text?

In the book, I record a conversation between a woman who just broke up with her boyfriend and her best friend. The best friend is trying to comfort her. In the middle of this comforting, the woman starts to get text messages and becomes more engrossed in the messages she’s getting than in the conversation. The best friend said, “I couldn’t compete with the people on the phone.” We’ve all felt that way.

In person, you can ask deeper questions: What went wrong? Are you to blame at all? It’s riskier to have these conversations. A lot of my research illustrates that when you talk to the person with you, the conversation can get risky, and people are trying to avoid risky conversations.

What recommendations do you have for parents?

Create sacred spaces—in your kitchen, living room, and car. If your child objects, stay very sweet, and don’t complain about this behavior. Tell them what’s good about this practice: "Conversation is very important to our family, and because I'm not texting in the car, this is a time when you shouldn’t either. This is how we do things in our family."

Many times, members of the younger generation will say, “I don’t know what to say. I’m bored.” Instead of arguing with them about it, if you’re in the kitchen, give them a chopping board and a bell pepper, and say, “Help me make a salad.” The kitchen is a perfect place for conversation, because you can give them things to do.

Same for the dining room. Board and card games are fantastic. The point is, you’re doing something where you take the pressure off talking and also respect silence. The nice thing about a card game is that a lot of time can go by, then somebody says something, and then more time goes by. You stop thinking of conversation as a steady stream. That’s what happens on the phone. But in a conversation you have to give yourself space to be a little boring.

It takes seven minutes for a conversation to unfold to see whether it’s going to be interesting. One of the things that I advise parents is to give yourself seven minutes to let things unfold. Teach your children to give themselves seven minutes.

How do you call your own friends out on their behavior?

How do you avoid being the nagging friend? We all have to be part of reclaiming conversation. We can say:

I want to talk to you, and I’m finding it hard to get out what I want to say when your phone is out, and when you could go to your phone at any minute. I’m willing to have a shorter time with you. We could just have a half-hour drink. It would mean a lot to me to have this.

Put it on yourself…. Don’t go there for two hours if you need to be online for part of the time. Let both of you experience being together, without fear of interruption.

Morgan Lee is an assistant editor at Christianity Today.

Sherry Turkle: How to Keep Your iPhone from Destroying Your Relationships

Sherry Turkle: How to Keep Your iPhone from ...