Let's be straight: Steve Jobs shouldn't have worked as a movie. The setup is fully experimental, all talking from start to finish; Michael Fassbender doesn't look a thing like Jobs; it's loaded with geekspeak, even for a movie about the most famous man in personal computing history. Also, its protagonist shows every sign of being an antihero, and as a culture, we're kind of over antiheroes.

I'm giving it three stars because I think, at the end of the movie, it could have been better at everything it tries to do.

But it does work, and I'm still not sure why.

Certainly the cast has something to do with it. Besides Fassbender, there's Seth Rogen as Steve Wozniak, Jobs' Apple co-founder; Kate Winslet as Joanna Hoffman, Jobs' right-hand (wo)man; Jeff Daniels as John Sculley, Apple's erstwhile CEO; and the truly excellent Michael Stuhlbarg as Andy Hertfeld, the chief engineer at Apple. And Danny Boyle directs—the man behind everything from 28 Days Later to Slumdog Millionaire and more.

But the real reason this movie exists is the screenwriter: Aaron Sorkin, whose fingerprints are all over the whole thing. That's both its selling point and its downfall. Everything that's vintage Sorkin is here, from the walk-and-talks and the fast specialist patter to the overtly moralistic ending. The story takes place in three acts, each of which happens behind the scenes of a product launch: the Macintosh, the NeXT computer, and then the iMac, after Jobs' triumphant return to Apple following his ouster. It's truly behind the scenes—all we get is the backstage interactions, imagined and filtered through Sorkin's mind. The three-act structure is so classic it's ... 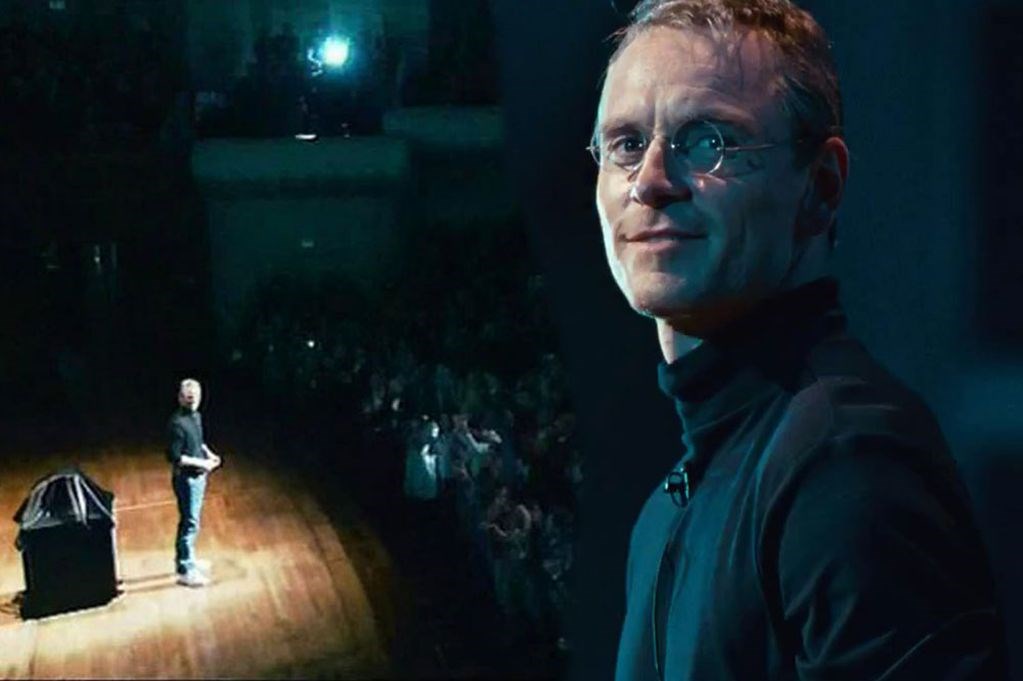