Most off-Broadway stages don’t look like this: five plush hardwood chairs arranged in front of a wooden rail, behind which sit thirty or so chairs. A synthesizer off to the right. Two screens, right and left, hung above eye level, each sporting an identical photograph of a sunrise and an exhortation to silence your cell phones. A giant wooden cross, lit from behind, hung slightly off center. Big artificial plants posed strategically around stage. Five microphones with cords in their mic stands.

That sounds exactly like the platform at most evangelical churches I’ve attended, but this fall you can see it in in an unlikely place in New York City, too: a production of Lucas Hnath’s play The Christians, being staged at the eminent off-Broadway theater Playwrights’ Horizons.

One might be forgiven for expecting this familiar setting to serve as the backdrop for a comedic or bitter (or both) play about those crazy religious folks. The New York theatre scene is not noted for its religious acumen or open-mindedness—although a chalkboard posted in the lobby asked audience members to share their own religious backgrounds and beliefs, and when I went, five days before the play opened, it was completely covered by responses that ran the gamut of the American religious experience.

That’s what makes Hnath’s play all the more remarkable. The church here—we discover early on that it’s a megachurch, one that’s recently paid off the debt for its building—is the backdrop for an earnest exploration of what a church schism is like, who the people are who cause it, and (most importantly) the pain that comes when a family splits, whether that family is nuclear or ecclesiastical. ... 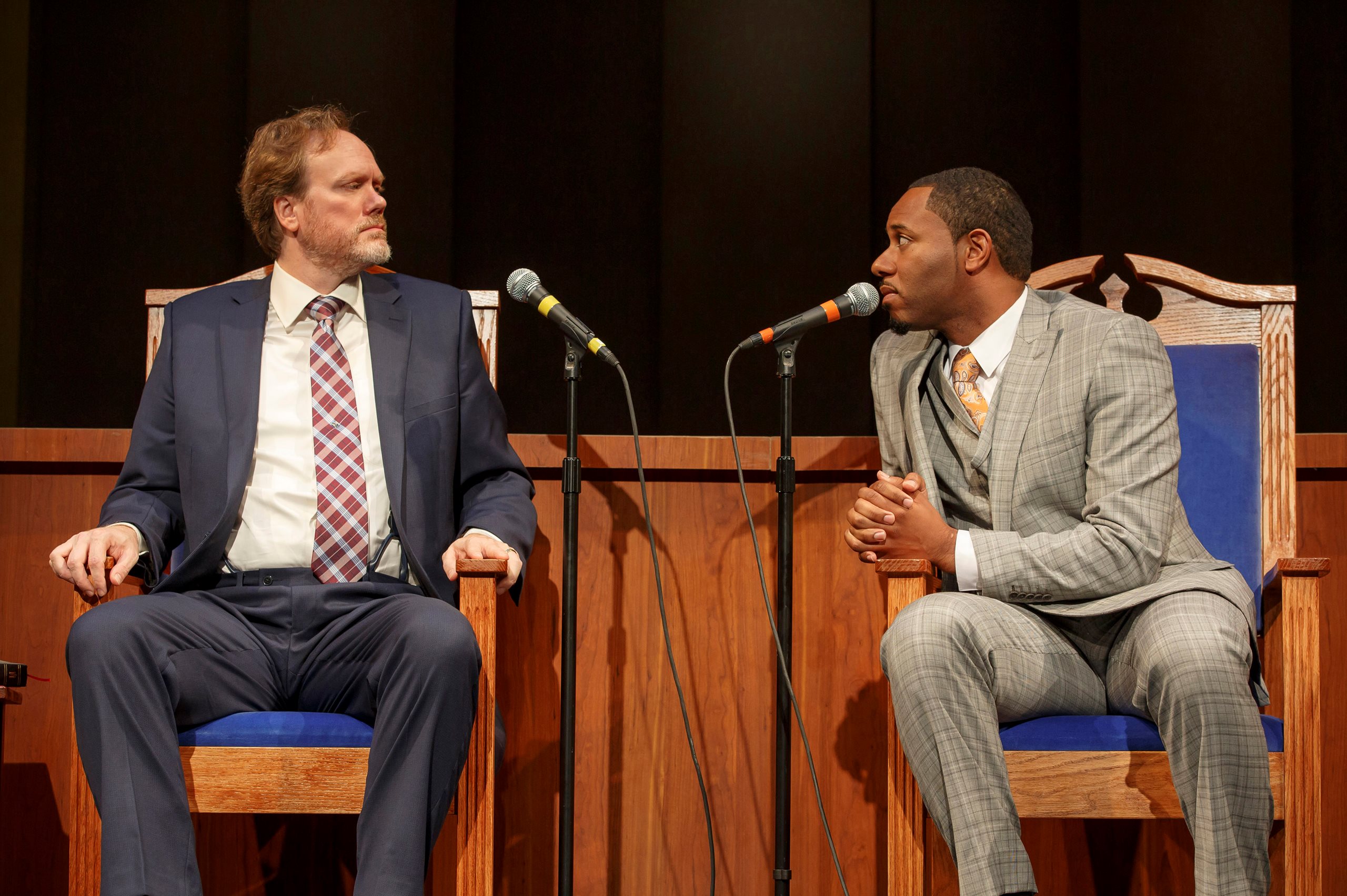