A return to plot twists (but not a return to form) for M. Night Shyamalan.
Brett McCracken|September 11, 2015
Image: Universal Pictures
Olivia DeJonge and Deanna Dunagan in 'The Visit'
Our Rating

The Visit is one of those “found footage” horror movies. Since The Blair Witch Project’s massive success in 1999, the found footage conceit has often worked well: it instills creepy realism while also cleverly turning the restrictions of low-budget filmmaking into a plot device.

And it also works well, conveniently enough, to disguise mediocre filmmaking. After all, if the goal is the make the audience believe that what they’re watching is simply amateur, the bar of expectation is lowered considerably (basically to the level of “just give me a few jumps and scares and I’ll be happy”).

In the case of The Visit, the footage is supposed to be the home-made documentary of teenager Becca (Olivia DeJonge) as she and her younger brother Tyler (Ed Oxenbould) visit their grandparents for the first time. Ostensibly intended to be an investigatory documentary into old family secrets (a sort of tween attempt at Stories We Tell, perhaps), Becca’s film quickly morphs into horror as “Nana and Pop Pop” turn out to be very weird, perhaps even dangerous people.

The siblings’ seven-day stay at grandparents’ remote farm gets creepier by the day as Nana’s afterhours dementia (Pop Pop passes it off as “sundowning”) and Pop Pop’s mysterious work in the shed become gradually more ominous. All is captured on handheld home video and voila! We have a horror movie!

Some have said The Visit is a return to form for writer/director M. Night Shyamalan, whose last decent film was 2004’s The Village. If return to form means a return to genuinely jump-inducing moments and an unexpected plot twist, then maybe.

But the beauty of Shyamalan’s ... 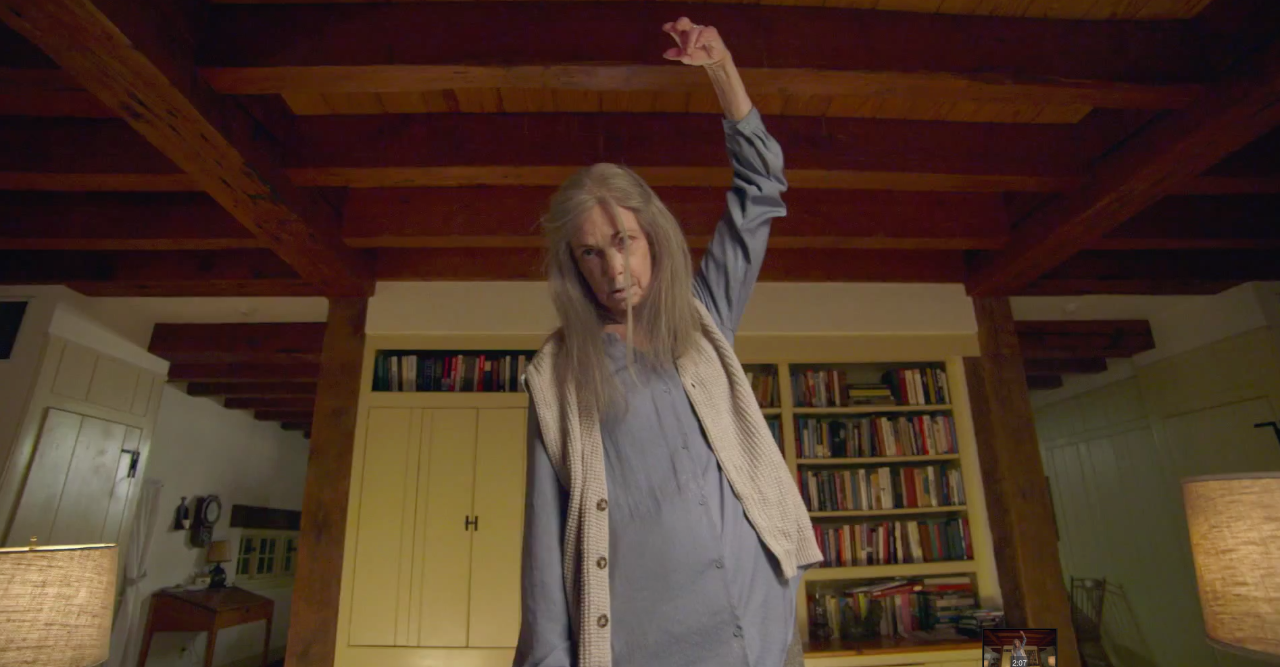