Threaded through all John Carney’s films—Once, Begin Again, and now Sing Street—is a singular preoccupation: the ways that trouble (in love and in money, mostly) and the artist’s vocation go together. As the former bassist for the Irish band The Frames and a now-successful filmmaker, you can imagine that he comes by this naturally; Carney has said he was living in his basement when he made Once (starring his Frames buddy Glen Hansard), which became a huge hit and spawned a Tony-winning Broadway musical as well.

But while there are hints of Carney’s history in his earlier films, Sing Street is explicitly autobiographical, the story of Connor (Ferdia Walsh-Peelo), a fifteen-year-old boy in Dublin in 1985 who wants two things more than anything: to be in a band, and to get the girl.

Connor’s life isn’t going very well: the same banal doldrums a lot of teenage boys experience, but all at once. His parents (Aiden Gillen and Maria Doyle Kennedy) fight constantly—providing impromptu lyrics for Connor’s noodling on the guitar—and probably splitting up. His older brother (Jack Reynor), whom he looks up to, has dropped out of college and is bumming around the house. Money is tight, and Connor has to switch from his nice Jesuit school to one run by bullies and sadistic Christian Brothers. The school’s biggest bully, Barry, picks on him. His best friend is a nerd. And he’s still very much in the gawky stage. All this is set against the backdrop of the Irish recession, during which many young people fled for London in search of opportunity. Sing Street is set among the working poor, people who can still pay some bills but are downwardly mobile and plagued by other ... 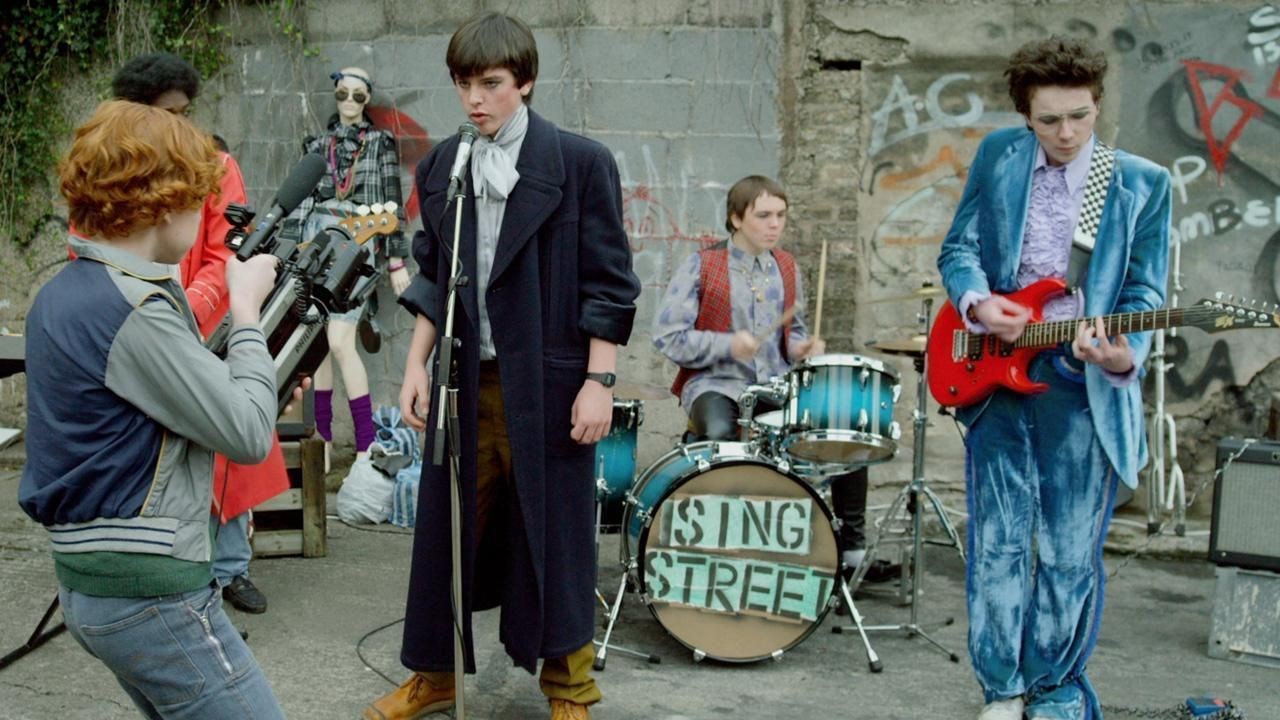