On Cormac McCarthy, Flannery O’Connor, and what 'The Revenant' misses on purpose.
Elsa Wilson|February 26, 2016
Image: 20th Century Fox
'The Revenant'

The plot of Alejandro G. Iñárritu’s The Revenant is pretty straightforward: travelers lose their way, complications arise, and Hugh Glass (Leonardo DiCaprio) is separated from his band—but not without a grueling reason to avenge the only thing he really had in the world.

The protagonist’s desire is straightforward: kill Fitzgerald (Tom Hardy). It’s the resolution of this want that startles us by the time the credits roll. The ending leaves us wondering what, exactly, was resolved. It isn’t sloppy storytelling, but brilliant mystery: an Iñárritu trademark.

Desire for revenge isn’t the only thing that motivates Hugh in the beginning—his dead wife appears as a sort of Beatrice figure, guiding him through his hell on earth. But somewhere in the bitter cold, Hugh starts following his enemy instead of his guide. The dark desire propelling him then amplifies his list of threats.

The film is marketed as a battle against weather and wilderness, but the “fire” that keeps Hugh alive more than any warm carcass or coaxed flint is the revenge that smolders inside him. The emphasis on fire as a physical and metaphorical lifeline echoes another dark survival tale—The Road (John Hillcoat’s 2009 film based on Cormac McCarthy’s 2006 novel).

But in The Road, the fire keeps the protagonists alive because it points to something outside of themselves—something beautiful and good. In TheRevenant, the blaze inside Hugh fuels him toward something that will not keep anyone alive or bring anyone back from the dead. 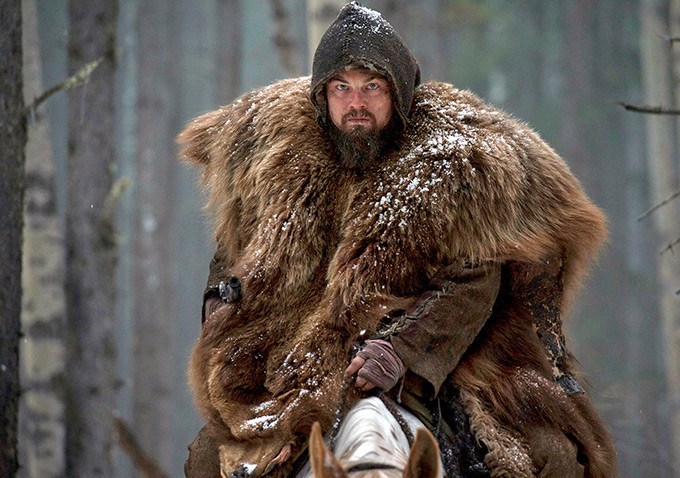