Who Gets to Count That Convert?

Partnerships between missions groups complicate the metrics.
Sarah Eekhoff ZylstraJune 23, 2016
Image: helovi / iStock
This article is from the Jul/Aug 2016 issue. Subscribers can read all of CT's digital archives.

Baptisms performed by Southern Baptist missionaries have plummeted over the past decade. In 2015, the International Mission Board (IMB) immersed close to 55,000 converts. That’s less than 10 percent of the almost 610,000 baptisms reported in 2007, and its lowest count since 1969.

The statistical declines look worrisome. But the IMB actually counts the numbers as marks of success.

In 2009, the IMB stopped counting conversions and baptisms through partnerships its missionaries weren’t directly involved in anymore, explained Jim Haney, director of global research. Across the globe, maturing church plants and other changes in the mission field have meant less direct participation from missions organizations like the IMB.

“There comes a time when the work is led more by the national believers than the IMB missionaries, and the numbers become less and less ‘ours’ to report,” said IMB president David Platt in announcing the 2015 statistics.

When the IMB transitioned two large church-planting movements to indigenous leaders in 2014, it took the numerical hit and moved on.

Missionary metrics were long chronicled in the Mission Handbook, a 63-year-old reference book listing the stats of more than 1,000 North American Protestant missions agencies. A lack of funding caused ...

Who Gets to Count That Convert?

Who Gets to Count That Convert?
expand
hide this 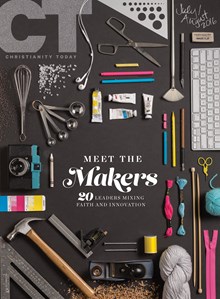