In the rare moments during Makoto Shinkai’s Your Name when my mind wandered a bit, it kept coming back to the old internet meme “Still a better love story than Twilight.” Though the phrase was usually employed sarcastically on the ol’ interwebz, it was true in the best sense of Your Name, which effortlessly captures the purity and passion of adolescent love in a way Stephenie Meyer’s dark fantasy saga could only hope to. I left the theater feeling as if I had just woken from a beautiful, indescribable dream, desperately fighting to keep it from fading from memory.

Currently in surprisingly wide release—at least for a subtitled anime film without any giant robots in it—Your Name is a magical-realist tearjerker in which a pair of teenagers who have never met find themselves randomly swapping bodies, Freaky Friday–style. Each night, Taki, a boy from Tokyo, and Metsuha, a girl from a rural village, go to bed not knowing in which body they’ll wake up come morning.

The film makes no attempt to explain the phenomenon, allowing it to exist on the thin line between the concrete and the ephemeral. Instead, it concerns itself primarily with how its characters adjust to their new reality. It’s also unambiguously a love story—one so pure and innocent in tone that even when a rare double entendre strays into the dialog, you wonder if it was put there intentionally. 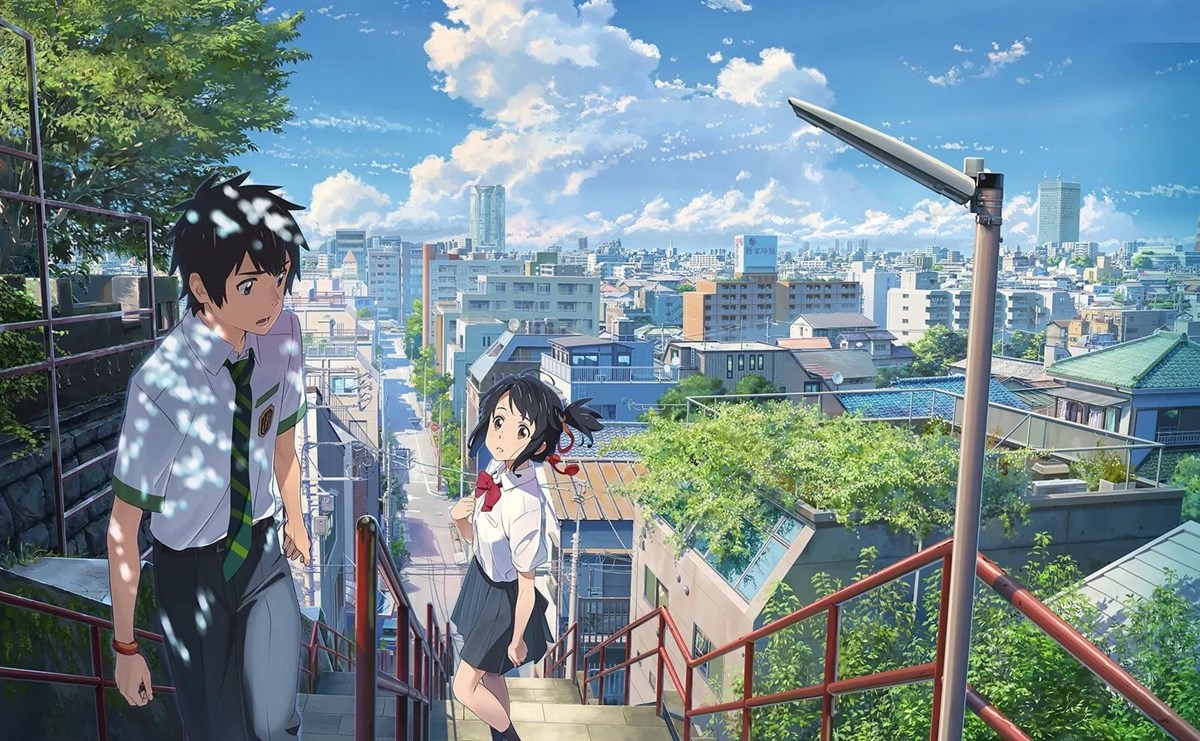 Like Meyer’s Twilight series, which made teenage female desire palatable to the masses by translating it into vampiric bloodlust, Your Name uses its central conceit as a metaphor for the emotional yearnings and bodily insecurities inherent to adolescence. In other words, it’s a coming-of-age story, and the arc the characters follow is a natural one. At first, Taki and Metsuha assume that what they’re experiencing is a dream, and simply have fun with the respective lives they’ve fallen into. As they come to realize that their situation is indeed a real one—and that they’re in the same boat—they begin to work together, communicating through notes they leave in each other’s notebooks and phones, and even on their own skin via Sharpie markers. Eventually, they learn to “care” for each other in every sense of the word.

The story contains some genuinely surprising plot twists along the way, which I won’t spoil; it’s not really spoiling anything, though, to tell you that the characters confess their love for each other before the film’s end. When it happens, it’s both completely jarring and entirely natural—jarring because the film does little to explain the “why” of their mutual affection, but natural because it doesn’t really need to. The shared love seems bound to develop between the two characters simply because they’ve shared so much of their lives. Your Name is a romantic film, but it’s far from a romanticized film. Aside from the initial bit of magic, the film isn’t particularly interested in “fate.” It’s not really even concerned with things like shared interests or chemistry. For Your Name, love is an entirely mundane thing—just as it is in the real world.

Former NASA roboticist Randall Munroe writes a series online called What If? in which he analyzes improbable scenarios via serious math and physics principles, and in one memorable iteration of it, he looked at the concept of the “soulmate”—the idea that everyone has one special person they’re meant to share life with. He concluded that, if such a thing were true, you’d have a 0.01 percent chance of ever actually finding your soulmate, even under idealized circumstances. In fact, most research has found that the surest predictor of whether any two people will end up together is something so mundane as to seem almost tyrannically trivial: their physical proximity to one another. So much, it seems, for destiny. 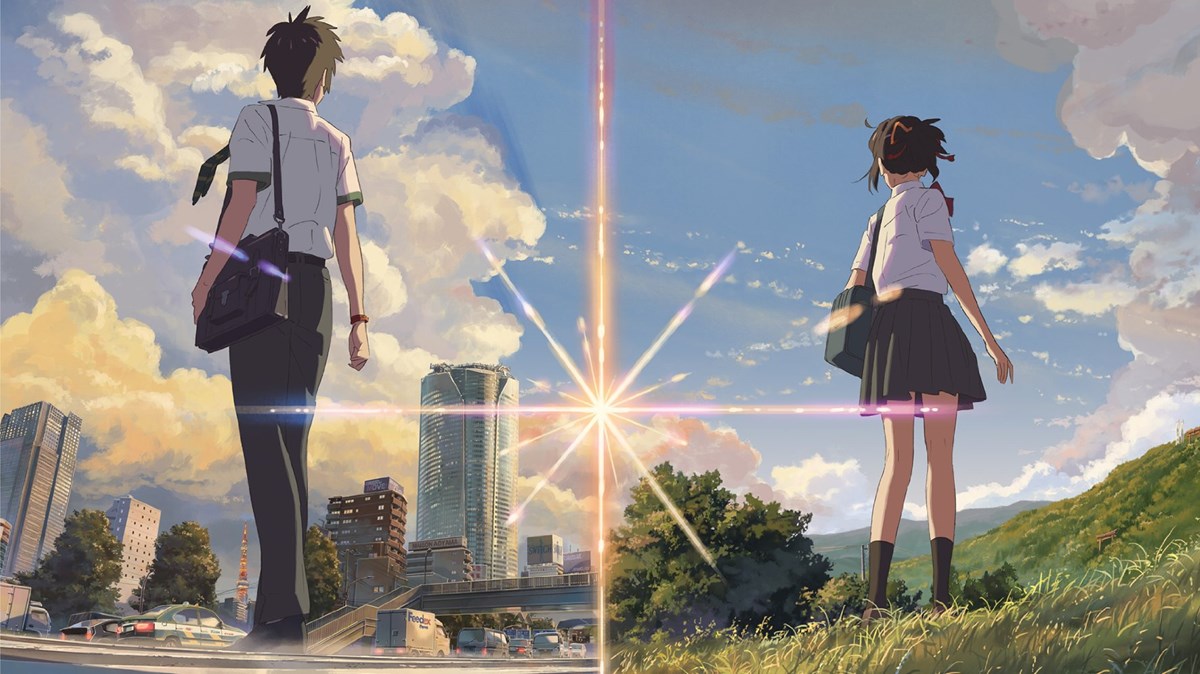 Perhaps, though, even more important than proximity itself is the habit of service. Contemporary culture often thinks of “love” as an inward, involuntary spark that eventually leads to outward actions. The apostle Paul, however, doesn’t start there at all. In Ephesians 5:28 and 29, he writes, “In the same way husbands should love their wives as their own bodies. He who loves his wife loves himself. For no one ever hated his own flesh, but he nourishes and cherishes it, just as Christ does the church” (ESV). For Paul, then, love begins not with an emotion but with acts of service. It’s essentially embodied and essentially active.

This applies directly to the essential conceit of Your Name. Though its outlook is equal parts Shintō and Buddhist, the film is unable to get away from the central Christian tenet that humans are essentially embodied creatures and that human bodies have inherent dignity. The characters learn to care for each other as they literally learn to care for each other in a real, physical sense. Their empathy for one another is cultivated through daily repeated behaviors—and eventually, that empathy blossoms into mutual affection, which in turn blossoms into love.

Those of us who prefer the more liturgical strains of Christianity often do so in part because we tend to think that thoughts and behaviors exist as a two-way street. Modern psychology seems to confirm this, as recent studies have implied that the human brain not only serves as an impetus for future actions, but is also continually reshaping itself to explain or justify past actions. Feelings may cause actions, but actions can be used to spark feelings as well. In other words, love can be cultivated. Medieval Christians understood this—that virtue is something primarily learned through repeated, daily action. (And, of course, Paul called love the greatest of the virtues.)

To those with idealized notions of “true love” and finding “the one,” this realization can potentially be frustrating or disappointing. In many ways, though, it’s actually quite freeing. Feelings of “butterflies in your stomach”–style romantic love have been shown to reliably fade away after a couple of years (else, how would you function in day-to-day life?), frequently leaving people feeling “stuck” together. If love is truly cultivable, though, then regardless of who you find yourself “stuck” with—or, for that matter, if you find yourself randomly switching bodies with a stranger—love for them can be kindled by daily habits of service. 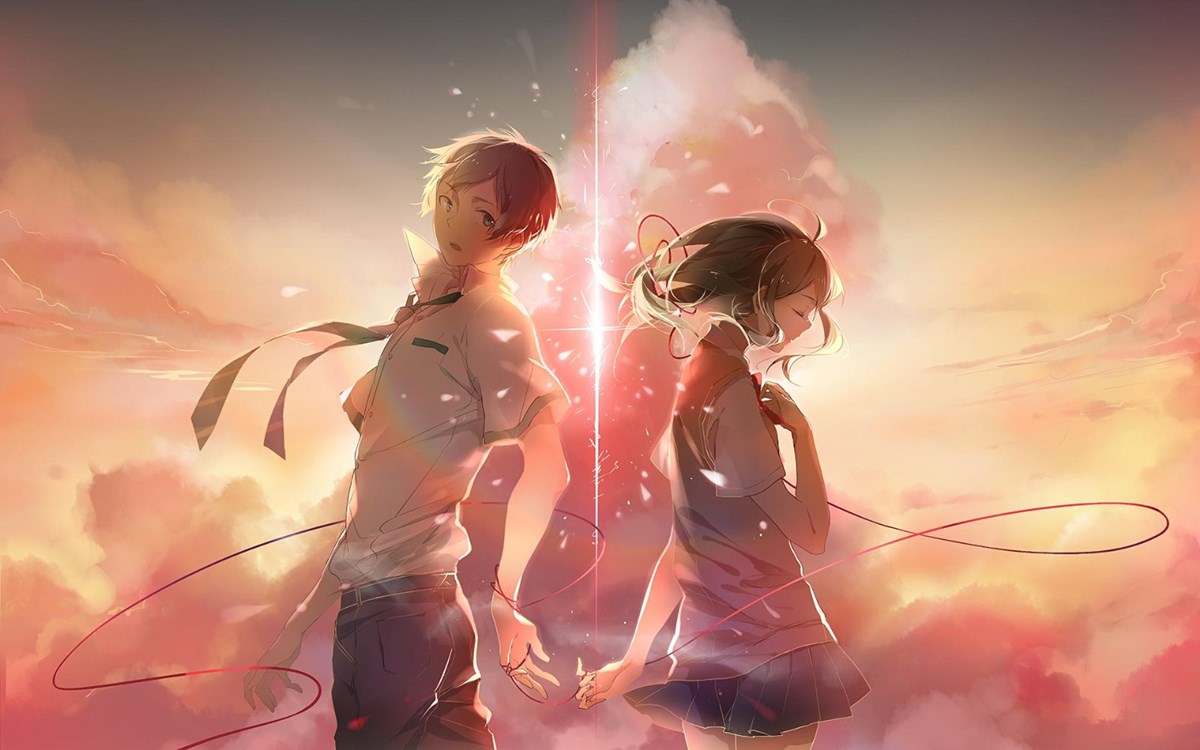 Nearly all marriages, even happy ones, are mistakes: in the sense that almost certainly (in a more perfect world, or even with a little more care in this very imperfect one) both partners might have found more suitable mates. But the “real soul-mate” is the one you are actually married to. You really do very little choosing: life and circumstance do most of it (though if there is a God these must be His instruments, or His appearances).

You have very little say, then, in whom you end up with (and this is true not only of romantic relationships, but also familial and business relationships). You can, however, choose to “love” the people in your life in a real, active sense.

And maybe this is why the love in Your Name feels so achingly real—because, like so much real-world love, it wasn’t written in the stars, but was planted by coincidence and cultivated, slowly, by action.

You can call it “fate,” if you want. Or you could also call it a daily, repeated choice. But—whatever you call it—isn’t it freeing to know that, like Taki and Metsuha, we can turn the ones we’re “stuck” with into the ones we love?

Luke T. Harrington is the author of the award-winning novel Ophelia, Alive (A Ghost Story). Over at Christ and Pop Culture, he writes the biweekly column D-List Saints, in which he looks at some of the less-than-spectacular moments in Christian history. Follow him on Twitter.