After the worst of Hurricane Maria, Luis Paz and his family sang in the dark while they sopped up floodwater from their home in Puerto Rico. With each bucket filled and towel rung out, they repeated, “In the Lord, in the Lord / We hope in the Lord.”

During hours of singing and cleaning, he and his wife started to laugh. “I don’t know how it happened, but the Lord gave us a wonderful peace,” said Paz, a doctor and evangelist whose own surname means peace in Spanish. “He was with us. I know now what the disciples [meant] when they saw the Lord was with them through the storm.”

Across the Caribbean, Christians like Paz turned to God amid a hurricane season like no other. Record-setting storms Irma and Maria came through the islands just weeks apart in September, leaving uninhabitable conditions and ubiquitous damage expected to take months to repair.

When Christianity Today traveled to San Juan on the first Sunday after Maria, typical church services had been replaced by impromptu gatherings in homes or churchyards—when worshipers could make it out to gather at all. CDM Internacional, Puerto Rico’s largest Christian television network, and many of its Christian radio stations were off the air due to storm damage.

“I’m supposed to be at church right now,” said Paz, a member of evangelical megachurch Iglesia AMEC Casa de Alabanza in Canóvanas. Instead, he made his way through roads missing street signs, stoplights with no power, gas stations with lines around the corner, and puddles of standing water to the capital city to pick up a couple of generators for clinics in Manatí, along the northern coast.

Even without power, phone service, or buildings ...

@KateShellnutt
This article is from the November 2017 issue. 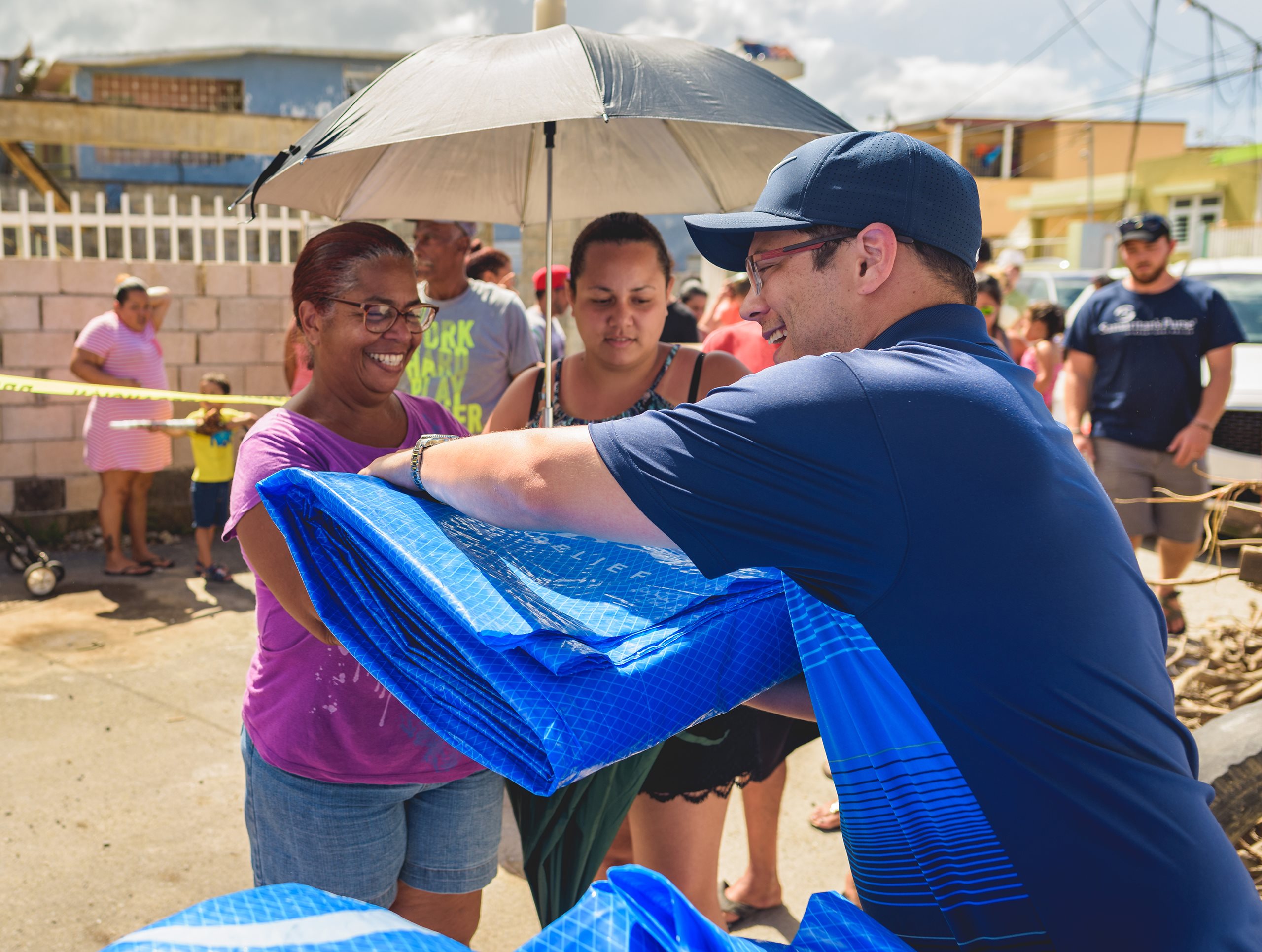