When these Central Africans journey north, this community of believers is waiting for them.
Bekah McNeel|November 22, 2019
Image: Peter and Maria Hoey

Temperatures in the Chihuahuan Desert lowlands were steadily hitting triple digits in the last days of June as a small group of Congolese men, women, and children waded into the Rio Grande in the Mexican city of Ciudad Acuña. Midway across a weary, 31-year-old man named Gauthier looked up toward the riverbank on the other side, in Del Rio, Texas. Several US Customs and Border Patrol were waiting.

Waiting, he hoped, to guide him and his fellow travelers toward asylum in the United States.

The Congolese raised their hands in surrender and were loaded into vans that would take them, ever so briefly, into the custody of the US government. After two days—a mere formality of registering their presence in the US—the hungry and exhausted travelers would undergo what they prayed was the final leg of their escape from war and violence.

They had varying destinations in mind. But most of them were bound for Portland, Maine, where they knew they would find a critical mass of French-speaking Africans.

What they didn’t know exactly was how they would get there from Texas. Or that lining the routes was an invisible network of ministries, anonymous hands waiting to deliver them food, showers, and travel assistance. Or that in one of the least-churched cities in America, a small but scrappy community of both white and Central African believers was already waiting for them.

The Customs and Border Patrol (CBP) sector in Del Rio is one of the agency’s sleepier offices on the Southwest border, in part because the city of Del Rio and its Mexican counterpart, Ciudad Acuña, are surrounded by hundreds of miles of desert. But by June it was already doubling and tripling its usual monthly apprehensions. ... 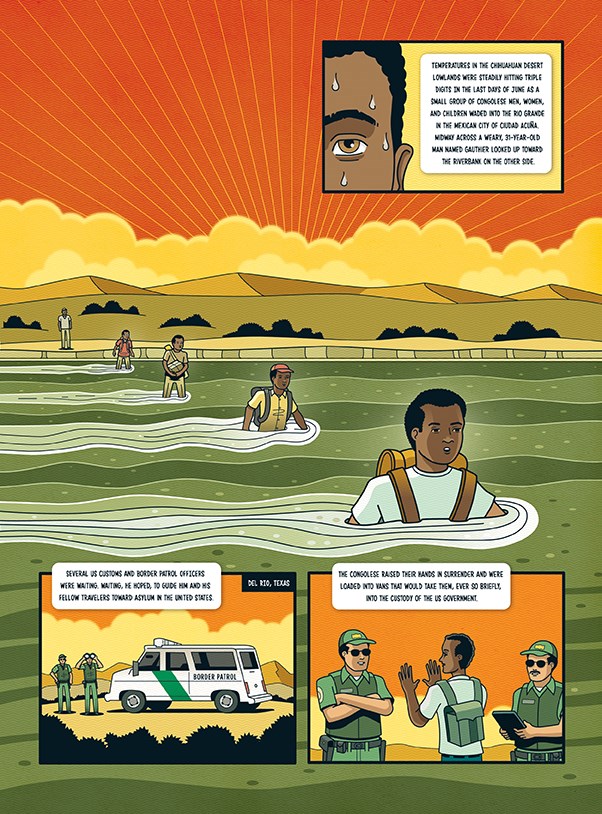