VeggieTales is back, with an emphasis on the New Testament and biblical story.
Kara Bettis|September 9, 2019
Image: Courtesy of Big Idea Entertainment

Many evangelical children of the 1990s, raised on the catchy songs of Larry the Cucumber and the thoughtful lessons of Bob the Tomato, are now raising children of their own. In October, that new generation will have a fresh slew of VeggieTales adventures as the animated series returns through a partnership between Trinity Broadcasting Network (TBN), Big Ideas Content Group, and NBCUniversal.

But the show’s original fans aren’t the only ones who have grown up—so has Phil Vischer, VeggieTales creator and creative lead on the new series. Vischer says he is leaning on spiritual maturity and lessons learned from the past to take the 18-episode series deeper.

When TBN and NBCUniversal approached Vischer to be involved with the new show, he told them he wanted to make it “like it was in the old days,” with short, spiritually-focused Bible stories. (Fans’ reaction to the more recent Netflix rendition of the show, VeggieTales in the House, was tepid.)

Vischer, who this week is also publishing his first children’s Bible, The Laugh and Learn Bible for Kids, spoke with CT recently about what’s new in the VeggieTales reboot.

Biblical truth is relevant across generations and across cultures. But will this new series address anything that is going to be specifically relevant to this generation?

We haven’t explained to kids how they’re part of a bigger story. The gospel has been turned so often into just tips for a better marriage, or tips to get through college without becoming an atheist. So kids are running to the Avengers, they’re running to Harry Potter, they’re running to Star Wars. They want to be a part of a big story, and we’ve lost the ability to excite them that the gospel is a big story. That’s what I’ve been trying to do with my most recent projects: Let’s tell the big story of the Bible and get kids excited about it again.

And you had talked in several interviews that you’d had regrets about teaching kids morality over the gospel.

It’s so much easier to teach morality. It’s so much easier to just tell a Bible story, pull a moral value out of it, and end with a Bible verse. There is value in that. That’s kind of where everybody starts. But if you stop there, you’re favoring the kids that are really good at following rules and you’re discouraging the kids who aren’t, because you never actually get to the message that leads to regeneration that leads to new life that leads to the fruit of the Spirit. And that’s the core of the gospel. 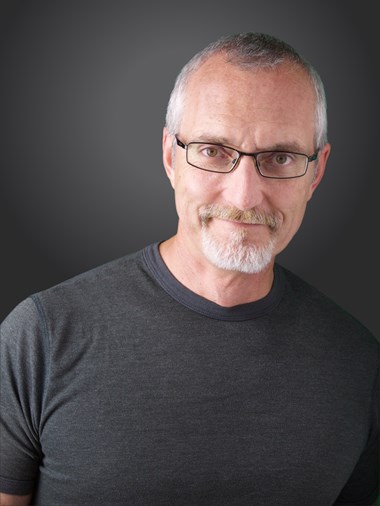 I know with your other popular show, What’s in the Bible?, you very intentionally moved in that direction. But with the new VeggieTales, do you have any intention of changing the show based on your new philosophy?

That’s what I was getting to—how can you go deeper with VeggieTales?

It’s legitimately a challenge. Especially because early on we set rules like, vegetables will not pray when they’re being vegetables, and we’re not going to turn Jesus into a vegetable, because that’s just weird. I’m still trying to follow my old rules.

What are some of the “big ideas” that you want to approach in this new series?

It’s the same format as classic veggies. The gang gets a letter with a question from a kid that then drives the whole show. It’s just set in a theater, like The Muppet Show instead of set on the kitchen countertop. Which is fun because then we can go backstage with them after the segment.

It’s not as much about big ideas driving the whole series as a new format to return to the style of storytelling and teaching that I was doing way, way back in the beginning. I’m a much more mature believer at 50 than I was at 20.

Do you have an example along those lines?

I just wrote one on the parable of the Prodigal Son and, as a 25-year-old when I started, I would have based that more around the son and his story, learning about how to say you’re sorry and how to come back. As a 50-year-old with more maturity, [I’m] telling the story of the father and the willingness to completely forgive that we find in God. This is a story about God. It’s not a story about us. It is about forgiveness, but it’s about God’s willingness to forgive us all the time. God forgiving us is not a moral value at all. It’s a spiritual lesson that changes your life, and it’s the core of the gospel.

Obviously biblical literacy is a big passion of yours. What was your thought process with The Laugh and Learn Bible, and why now?

There are too many kids growing up in church, in Christian homes, who just do not know the Bible at all. And because of that, they’re drawn to other stories, even if they’re fictitious stories.

There are more than 2,000 weddings a year that are now taking place on Disney property because people want to celebrate their most important day with the stories that matter the most to them. Bridesmaids are dressing up as Disney princesses, and you can get your wedding dress in the style of your favorite Disney princess because you want to be a part of the story. People want to be part of the story. We’ve lost the fact that that’s what the Bible is. No, it’s not a book of tips to have a better life. It’s a story. And it’s actually not about us. It’s about God.

We’re great at giving kids highlights from the Bible, especially if they involve animals. Any story with animals we love to tell in Sunday school. But it’s the trickier stories—and the tissue that connects those stories into one big story—that quite often we kind of glaze over or skip entirely. That’s what I’m really motivated to do, to tell the big story and help kids find their place in it so they don’t have to find meaning a from a fictitious story.

What’s your dream for these new projects? What would you love to accomplish?

I feel like we have all of the information that we need. An average good study Bible has so much knowledge in it. So little of that knowledge gets down to the average family, a typical family that’s trying to bring up their kids in the faith. And we keep asking parents to disciple their kids, forgetting that no one discipled the parents.

Really what I’ve been trying to do ever since VeggieTales is create materials that can help parents pass on their faith to their kids and clarify the faith of the parents as well. Some of the best feedback that I get from things like What’s in the Bible? is, “My husband and I are learning just as much as our kids are, because no one ever taught this to us before.” I really enjoy doing that. I like to bring the Christian faith to life in new ways.