The trend toward secular memorials reverses for the first time in a decade.
Daniel Silliman|December 13, 2021
Image: Mimi Van Praagh / Getty

When roughly that number died over the four years of the Civil War, it had a widespread impact on American culture. Historians such as Drew Gilpin Faust, author of This Republic of Suffering: Death and the American Civil War, say changes included increased attention to cemeteries, the rise in the importance of family photographs, and rapid growth in the popularity of practices of spiritualism, a new religious movement that claimed to help people communicate with the dead.

What impact today’s pandemic deaths will have on American culture remains to be seen. But one shift is notable now: The percentage of people age 40 and older who say that religion is “very important” in the funeral of a loved one has gone up for the first time in a decade.

The importance of religion at funerals jumped 10 percentage points in 2020, in an annual funeral industry study. It went up another 2 points in 2021.

The majority of Americans still don’t think religion is important at funerals, but a growing number are feeling a new need for it. Sarah Jones, an atheist raised in a strict evangelical home, wrote about this experience in New York Magazine, reflecting on the lack of a memorial for her grandfather.

“I could plant a flag for my grandfather … but the gesture feels thin,” she wrote. “I don’t know what exactly I would want from a memorial—whether ...

@Danielsilliman
This article is from the Jan/Feb 2022 issue. 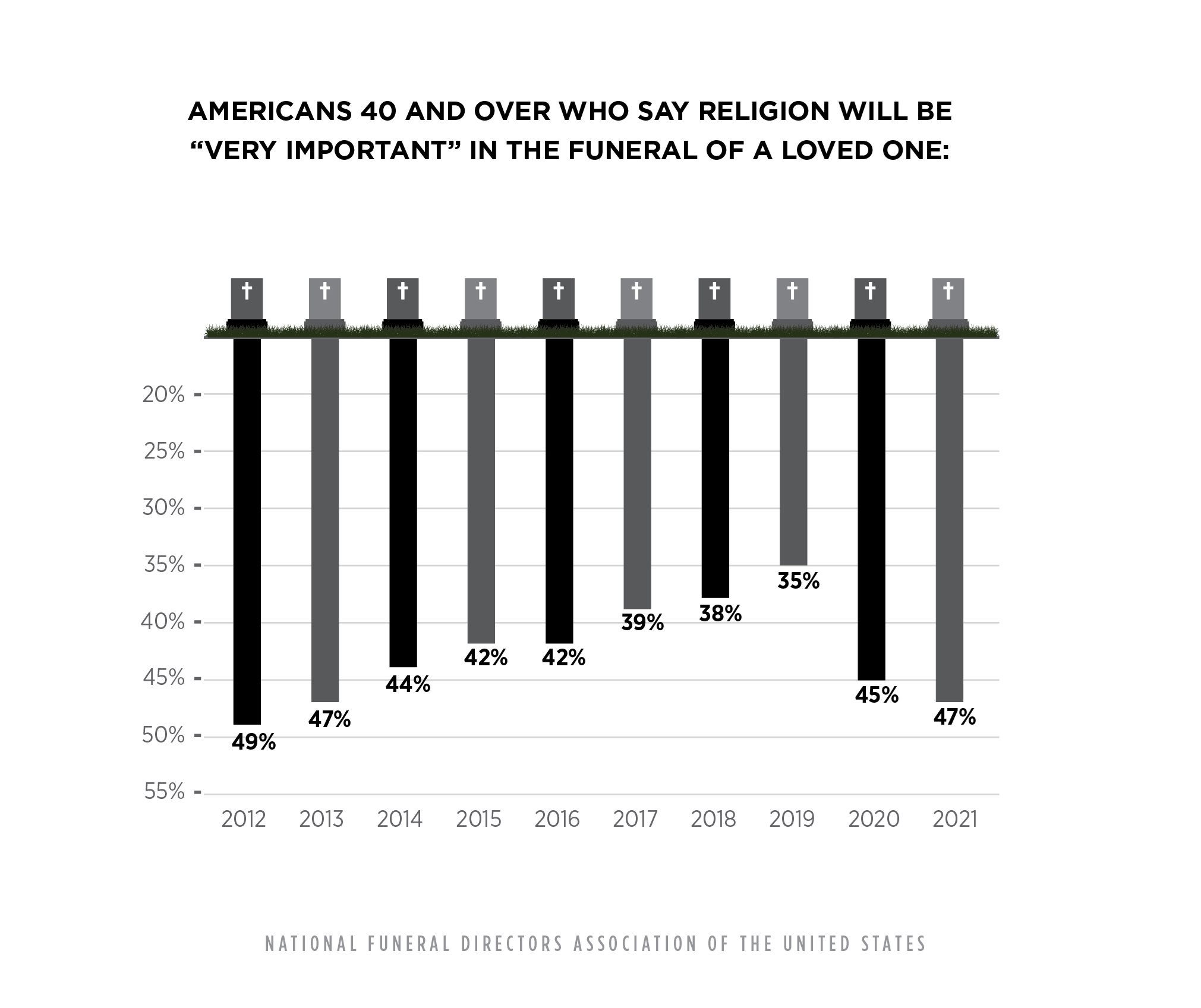 This article is from the January/February 2022 print issue. Subscribe to continue reading.