This article is the final of a four-part series based on the upcoming book by Marvin Olasky and Leah Savas, The Story of Abortion in America: A Street-Level History, 1652–2022.

When two young boys in a family learn that their three older brothers and their father have died of yellow fever, how does that affect their thinking about life and death? In the Hodge family two centuries ago, that consciousness led one brother to become the 19th century’s pioneering pro-life doctor and the other to become a pro-creation theologian who wrote three volumes of systematic theology still read in seminaries today.

The older of the two survivors, Hugh Hodge, graduated from Princeton and the University of Pennsylvania School of Medicine to became ship surgeon on a voyage to India. There, during a deadly cholera epidemic, he saw the Hindu “burning of a widow with her dead husband” atop a funeral pyre. She did not resist when the fire was lit, and he hoped she suffocated from smoke before feeling the flames.

Hodge almost died when the ship nearly sank on the way back to America. For most of the 1820s, Hodge served as doctor of the Philadelphia Almshouse Hospital in the poorest part of the city, where sometimes all went well and other times typhus raged: “Few escaped the poison. … The mortality in the house was great.” Hodge again almost died, but then recovered, joined a Presbyterian church, married, and had seven children.

In the 1830s, Hodge became professor of obstetrics and the diseases of women and children at the University of Pennsylvania. Each fall, Hodge presented an introductory lecture on obstetrics, but he did not speak about abortion until three deaths made him face that misery.

The first death: Hodge’s firstborn, whom he described as “active, cheerful, intelligent,” until “perforation of the bowel” led to sudden demise. Deaths two and three, which received wide newspaper coverage: Eliza Sowers and her never-born child, both victims in 1839 of a surgical abortion.

At a time when many thought of unborn children as lumps of clay during their first four months in the womb, Hodge in his 1839 introductory lecture emphasized that “human existence” commences “from the moment of conception.”

He emphasized pre-birth and post-birth continuity:

The child unborn absorbs nourishment from its parent through the medium of the uterus. After birth, it imbibes the materials for nutrition by means of the mammae, or breasts. There is essentially no difference in its physiological properties, or as to the independent character of its existence. 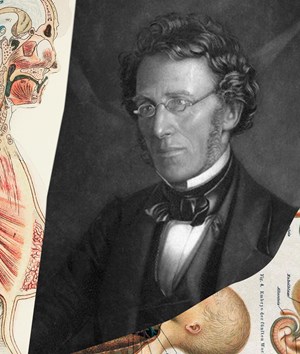 While Hugh Hodge (1796–1873) was exegeting the unborn child, Charles Hodge (1797–1878) was teaching at Princeton Seminary and becoming known for his Commentary on the Epistle to the Romans. Charles Hodge went on to write other commentaries on Ephesians and 1 and 2 Corinthians. He culminated his publishing career with a three-volume Systematic Theology (1872–3) still used in seminaries and What is Darwinism? (1874), a vigorous critique.

The two brothers ran on parallel tracks, with the older saying an unborn child pointed to intelligent design and the younger expanding that to all creatures great and small. Charles Hodge wrote that Darwinian theory “ascribes to blind, unintelligent causes the wonders of purpose and design which the world everywhere exhibits; and … effectually banishes God from his works.”

Hugh Hodge emphasized medical science but contextualized it in theology:

The existence commenced in the ovary of a woman, mysterious and wonderful as it may be, is but the commencement of a series of changes, each more wonderful and glorious than its predecessor, to which the same identical human being will be subjected, perhaps for eternity.

Death is not the end but the time “when changes will be effected infinitely greater and more mysterious than occur at conception, and during gestation.” 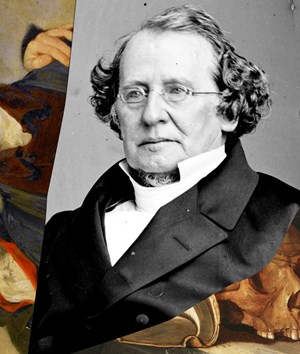 Charles Hodge emphasized theology but contextualized it in a close examination of scientific claims. He wrote of Charles Darwin’s admission “that if one species is derived by slow gradations from another, it would be natural [to find] the connecting links,” yet “such are not to be found.”

What united the two brothers was faith in God’s works of providence, defined as his most holy, wise, and powerful preserving and governing of all his creatures and all their actions. Charles Hodge described how biblical passages “clearly teach (1) That the universe as a whole does not continue in being of itself. It would cease to exist if unsupported by his power. (2) That all creatures … are continued in existence not by any inherent principle of life, but by the will of God.”

That understanding led to Charles Hodge’s famous conclusion to his last book: “What is Darwinism? It is Atheism. This does not mean … that Mr. Darwin himself and all who adopt his views are atheists; but it means that his theory is atheistic, that the exclusion of design from nature is … tantamount to atheism.”

Hugh Hodge also gave an emphatic declaration: Abortion “is a crime against the natural feelings of man—against the welfare and safety of women—against the peace and prosperity of society—against the divine command, ‘Thou shalt not kill.’ It is murder.”

How relevant is that to today? Depends on what we believe about creation and conception. Both big and little are either a product of chance, or—as the brothers Hodge believed—the work of a Creator. Why did their three older brothers and their father die? That was a mystery. What could they do to preserve life and a reason for living? This was their calling, and ours.

Content adapted from The Story of Abortion in America by Marvin Olasky and Leah Savas, ©2023. Used by permission of Crossway, a publishing ministry of Good News Publishers.