Michael Wear, founder of the Center for Christianity and Public Life, on the state of American politics, what’s at stake in the midterms, and the temptation to “ultimatize” our issues.
Interview by Daniel Silliman|October 25, 2022
Image: Kyle Rivas/Getty Images
A voter casts his ballot in the Kansas Primary Election at Merriam Christian Church on August 2022 in Merriam, Kansas.

Midterm elections are a time for reassessment—an invitation to evaluate the party in power, but also the political process itself, the health of the body politic, and the effect it’s all having on people’s souls. Two years after Joe Biden won a presidential campaign he characterized as “a battle for the soul of the nation,” voters are heading back to the polls with concerns about inflation, abortion, immigration, polarization, Christian nationalism, and even the future of American democracy.

According to Michael Wear, founder of The Center for Christianity and Public Life, this is an opportunity for believers to reconsider their civic engagement. “Politics needs people with joyful confidence who seek security not in politics but in Jesus,” he argues. “We can break the vicious cycle.” CT started the conversation by asking him to assess the upcoming midterms.

We’re in the final stretch to Election Day. What do you think the 2022 elections say about the state of American politics?

I struggle to find coherent, substantive conversation on anything in these midterms. There are individual races, of course, where there are issues that are getting substantive debate, but it seems clear to me our politics continues to devolve.

We now just get gestures towards issues. Candidates are not actually dealing with the substance, not actually showing an interest in offering a perspective or policy proposals—which means the winner of these midterms won’t really have a policy mandate. 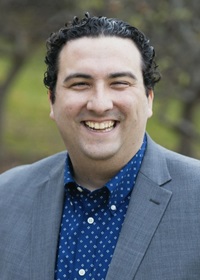 Image: The Center for Christianity and Public Life

What I do hear is a lot of talk about existential crisis. But the more we load onto our politics, and the higher the stakes, the harder it becomes to really have a democratic process. If an election is a binary choice about the most fundamental questions—which is what both sides are offering—that’s too removed from the critical day-to-day work of governing.

If the election is about whether we have or don’t have a democracy anymore, then how are the voters supposed to speak to what they want to see happen on immigration policy? Or taxes? I worry that what the voters are trying to communicate becomes almost incomprehensible, because there is so much noise.

A lot of Democrats talked about their faith when running for president in 2020. But now I don’t hear that from Democrats in house, senate, and gubernatorial seats in 2022. Did they take away the lesson that talking about faith doesn’t work?

There are some candidates who are. But generally, you’re right. They’re not.

I think there is a sense among Democratic strategists—some Democratic strategists—that talking about faith is a concession. Polarization is making it so that there is a perceived disincentive to identifying with your political opponent in any way, or identifying with people who disagree with you in any way. In a country where, unfortunately, faith is put into those same types of political buckets, there is a strategic decision that gets made not to talk about faith, even if that is a genuine part of who the candidate is.

But there’s also a problem on the other side. Faith gets filtered down into the political system and gets instrumentalized.

I have really become concerned with the laying on of moral burdens on people for the vote that they take or even just the views that they hold. The moral castigation that is poured on like, white evangelicals, for a position that comes up in a poll, when the truth is the average American has a lot of other things they’re thinking about, things that are more of a legitimate pull on their time than a nuanced political issue.

Too often we look at policy issues as matters of eternal destiny, and not matters of prudence where we can and should have healthy debates. Christians often talk about people who voted for a candidate—whether it’s Donald Trump or Hillary Clinton or Joe Biden—as if their vote was a vote for everything that that person did and said. And that’s just not the reality of voting.

But when we load up our politics with these moral burdens, there’s no room for prudential disagreements, because everything is ultimatized.

At the agency levels, there are staff who are doing a really good job at faith outreach. I thought this was true with the Donald Trump administration too: There is always good work going on at Health and Human Services, at FEMA, at State, at Housing and Urban Development. That is one of the key legacies of the George W. Bush administration and it’s now embedded in our government.

But I do think the White House’s engagement of faith could be more public facing. It would have been helpful, given everything we face with polarization and religious divisions. And it would still be helpful.

My wife just mentioned in an offhanded way that our church is hosting two Afghan families. This is through a State Department program. I would love to see a little more energy devoted to telling those stories. I think there are a lot of good stories and capital that is being left off the table.

Do you think there’s a fear that calling attention to a program like that will make it political? Like if it’s quiet, it’s nonpartisan, but if anyone knows about it, then it will be toxic and polarized and partisan.

To the extant that that’s true—I don’t want to say that it is—that’s really sad.

You’ve launched a new nonpartisan organization, the Center for Christianity and Public Life (CCPL). What need do you see that isn’t being met by other organizations that help Christians engage in politics?

I do think that too often Christian organizations have seen the only purpose for engaging in public life is to advance a set of propositions—to advance a position on an issue or two. That can be essential work, but that is not our vision of what is needed now.

What Christianity has to offer is not a set of policy positions but a life. Jesus is inviting you into a life, and that life has all kinds of resources for public life. Our confidence is that as people take up and try for themselves—for instance, whether gentleness is viable in public life—they will see the value and that will have an impact that’s different than electing a candidate or getting a bill passed.

In a recent piece at CT, you talked about a different kind of polarization you see in America right now between those who turn their politics into an idol and those who don’t care about public life. There’s a tremendous pull to those two poles. In your experience, what moves people away from those two bad options?

What was surprising to me years ago, but now I see as a basic sort of sociological fact, is that those who are actually involved in civic life are the least likely to make politics an idol. You would think the people who are involved are the ideologues and utopians. But no, the people who are actually involved, who are up close to how things work and how things don’t work, who’ve dedicated a year or five years to a real need in their community, they often have a healthy ambivalence.

Healthy ambivalence is good. It’s an idea that I take from Calvin University philosophy professor Jaime Smith, that Christian politics should always be tinged with a reservation and recognition of the real limits to simple ideas and policy plans.

The people who don’t have that are the people who approach politics as a source of entertainment, as a sport. Those are the people who think things are so simple—they’ve put too much faith in their ideas and policies and have set themselves up for the disappointment that drives people to just say they don’t care anymore.

The other thing I’ll say is that so many people haven’t been presented with a vision of politics that could be motivated by something other than self-interest. Let’s view politics as a forum for loving our neighbor, a forum for faithfulness. I believe that can move people.