The Southern Baptist Convention has launched its most focused effort to plant churches among the Hispanic community in North America with the expansion of Send Network Español this fall.

“Since 2010, Send Network has planted almost 10,000 new Southern Baptist churches throughout North America, of which more than 1,000 are Hispanic churches,” said Félix Cabrera, a native Puerto Rican with more than a decade of church-planting experience. “Because of this and the tremendous growth of the Hispanic community, the organization’s leadership saw the importance of allocating resources specifically to this sector.”

In October, Send Network, church-planting arm of the Southern Baptist North American Mission Board, announced new ministry values and leadership. Cabrera will serve as vice president of Send Network Español and has commissioned eight regional “champions” of Hispanic church planting across the United States. The rollout of changes follows record-high funding for Send Network, with $68.9 million given by Southern Baptists through their annual Annie Armstrong Easter Offering.

A new website, SendNetworkEspanol.com, offers specialized resources for Hispanic planters, many of whom are ministering among populations who come from Catholic backgrounds and families who moved to the US for job opportunities. 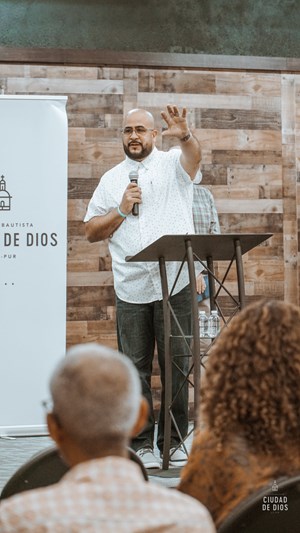 CT talked with Cabrera, who helped establish more than 50 churches, starting with Central Baptist in Oklahoma City, about the diversity among US Hispanics, the importance of work in Hispanic faith and life, and the time investment often required for church planting in this context.

What motivated this new strategy, and what are the main changes you expect after the consolidation of Send Network Español?

The launching of Send Network Español basically provided an official framework to the efforts we had been doing as a pilot project. Since we started and to date, we have prepared between 50 and 60 men who are already planting churches or are ready to do so in the near future. We also established the importance of creating a website that would not consist of a simple translation of everything we do in English but would have specific and contextualized content.

In taking on the role of vice president, I have been given the opportunity to lead a team that is working in the seven NAMB regions. Within each of those regions, we have a leader who is training, providing resources, and collaborating with churches, as well as identifying the fastest-growing Hispanic communities to bring our efforts to that area.

Send Network Español is the dream of many Hispanics who for years have been asking God to open doors and raise awareness of the great harvest that is ready within the Hispanic communities. This is a dream come true.

What has your experience been like with church planting here in the United States? What challenges have you encountered?

Well, maybe 20 or 30 years ago, the Hispanic reality in the United States was totally different. The rapid growth that this social group has had in the last 20 years has created a landscape in which the population not only grew in numbers but also in diversity.

When you start working with the Hispanic church in the United States, perhaps the first thing you notice is that everyone comes from different backgrounds. We are Hispanic, yes, but we come from 21 different countries. A second challenge that makes the diversity even greater is the different generations—that is, the differences between those who migrated from other countries and those who were born in the United States. We can no longer reach them with one-language strategies as we used to.

On the language issue in particular, what changes have you noticed?

When we talk about Hispanics we can’t just say, “All Hispanics are the same because they speak Spanish.” It is necessary to understand that not all Hispanics in the United States speak Spanish and that, even in the cases when the language is the same, we are socially, economically, culturally, and contextually very different.

The Hispanics who speak Spanish are generally the first generation, the migrants. But according to the census, they are perhaps 34 percent of the US Hispanic population. The challenges are very different when we talk about second- or third-generation Hispanics, who represent more than 60 percent of the Hispanic population in the United States. They mostly prefer to speak English.

For our ministry, this means that we must make an effort to reach each individual in the language of their heart so that they can respond to the call of Jesus Christ and become part of a church.

Are there specific cultural challenges?

We know that migrants come to the United States seeking a better quality of life, what we know as the “American dream.” But for us Christians, their presence here is an opportunity to share the gospel of Jesus Christ and for them to know that God has a better dream for them through Christ. God wants to save them and transform their lives.

The Hispanic comes with one thing in mind: work. So these people think that they don’t have time for church, that they don’t have time for God. Also, it is true that most Hispanics see this better-life pursuit from a Catholic context. In the Catholic tradition there is a correlation between working for your sustenance and your works for God; that is what you do to get results.

Many of the migrants have been educated in a religion that takes part of their beliefs from the Bible and part from elsewhere. They come from contexts where they were given wrong ideas about God and the Scriptures. That’s why it is very important to have leaders who are well trained in theology, leaders who know the Scriptures well, so that they can give answers to people’s honest questions.

What lessons have you learned?

I learned that in order to plant Hispanic churches in the United States, you need to take time to get to know the culture of the people and understand that you cannot assume that all people have the same background. You need to understand their context, their reality, and their individual challenges—particularly, those who went through the challenge of migration.

For those who migrated to enter the United States, as we said, their huge priority is to provide for their family and to do anything for their family to prosper economically. That is why in planting churches among these communities, it is important to put the emphasis on meeting them where they are and begin to serve them by providing help with their basic needs.

It is also important to establish relationships with them and let them see in our own lives what it means to be a Christian, because many of them don’t even have an idea of what the church is, and they were told to beware of any non-Catholic religion. They only know what the Roman Catholic Church looks like in their countries of origin, and that’s it. So, establishing relationships that will pave the way to eventually share the gospel takes time, perhaps much more time than in the Anglo context within the United States, because this has always been a Protestant country. As we see, in the Hispanic context the priorities are reversed, and it takes more time.

However, in contexts where there are second- and third-generation Hispanics, the challenges are very different. The objective there is to plant churches with services in English, or bilingual, depending on the needs.

With experience, we have learned that by planting a church with services in English, we are able to bless not only second- and third-generation Hispanics but also other ethnic groups that are looking for more racially and culturally mixed churches. We have multicultural churches with Asians, Africans, and people from various countries.

What trends or patterns have you observed in church planting?

Well, the way we operate, in most cases it all starts with an Anglo church that realizes that their community is changing, that there are more and more Hispanic people there. This Anglo church feels the responsibility to reach these groups with the gospel, but they recognize that there are barriers—not only linguistic but also cultural. So, they communicate with their local conventions and they redirect them to us so that we can help find a man (leader) who would be able to plant a Hispanic church in that community. Sometimes they have already identified a man who has felt the call; sometimes we have to look for him. But in both cases, we provide training and make sure that he really has the calling and the skills necessary to start a church.

Other times, there are established Hispanic churches that are in one city or in one region, and they want to reach out to another city where there is another growing Hispanic community. Then they contact us.

A big part of our job is to train those leaders who will pastor the church plants in both theology and the practical side of church service. We develop an intensive internship program to prepare and train leaders, and then we ensure that they are confirmed by the local church before they are sent out to serve. They must be well trained but, above all, compassionate leaders who can show the love of Christ to those who have gone through so much hardship.