Third Culture looks at matters of faith from the multicultural and minority perspective. 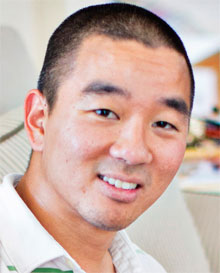 Peter W. Chin is the pastor of Rainier Avenue Church and author of Blindsided By God. His advocacy work for racial reconciliation has been featured on CBS Sunday Morning, NPR, and the Washington Post.

The Problem with 'Mad Max' Feminism

Is men’s propensity for violence really something to be imitated?
Peter Chin

Some people try to hurt pastors, but most do not. Every person deserves the chance to prove that they are the latter and not the former.
Peter W. Chin

How to Destroy Your Pastor

What threatens pastors most is not the attack that comes from outside the church, but the criticisms of cliques from within.
Peter W. Chin

What does it mean to be both a peacemaker and a parent at the same time? A guest post from Russell Jeung.
Russell Jeung

Raising a Generation of Peacemakers, Part One

Following Jesus may put us in harm's way. But we should never be alone in that endeavor. A guest post from Russell Jeung.
Russell Jeung

The '21' showed us that despite our differences, we are one family in Christ.
Peter W. Chin

Piety in the #Ashtag Era

Jesus never said, "When you give, make sure to use a hashtag to let other people know."
Peter W. Chin

Suffering and joy are not mutually exclusive. God can be present in both. An excerpt from Peter's book.
Peter W. Chin

When You Don't Know What God Is Up To

Sometimes all you need to know that a gift is good is to know Who gave it to you.

The Day I Became a Man

Miscarriage, and Our Love Affair With Euphemism

When Disappointment Is The Best Thing For Us

Making Room For Those With None

We all know there was no room for Christ at the inn. But is it the same in our own lives? A guest post by Sherry Woods
Sherry Woods, Guest Writer

Please Stop Asking 'But What About...?'

True sympathy is wonderful. Playing one form of suffering against another is not.
Peter W. Chin

How To Be A Christlike Ally

Many of us want to be allies to our African American brothers and sisters but don't know how. The incarnation of Jesus shows us the way.
Peter W. Chin

Ferguson, Church, and Continuing the Conversation

How can we continue the conversation on race in every season? A guest post by Rich Villodas
Rich Villodas, Guest Writer

Ferguson may be about race, but it is also about violence. And we should have something to say about both.
Peter W. Chin

Asking 'Why Me, God?' But in a Different Way

The question "Why me, God?" can be a lament, but also an expression of gratitude.
Peter W. Chin

No Such Thing As Convenient Christianity

Convenience is deeply engrained in American life. But it has no place in the life of faith.
Peter W. Chin

What It's Like to Be Third Culture, and Why It Matters to the Church

The cultural terrain immigrants must navigate is difficult, but is also a source of strength.
Peter W. Chin 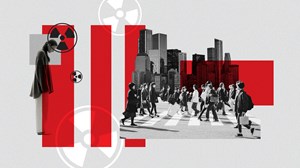