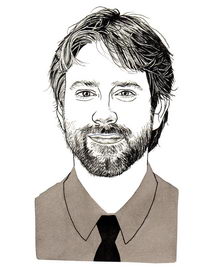 Ted Olsen is Christianity Today's editorial director. He wrote the magazine's Weblog—a collection of news and opinion articles from mainstream news sources around the world—from 1999 to 2006. In 2004, the magazine launched Weblog in Print, which looks for unexpected connections and trends in articles appearing in the mainstream press. The column was later renamed "Tidings" and ran until 2007.

Do They Know It's Hanukkah?

There's more than one "happy holiday" for Christians this season.
Ted Olsen

The Quest for the Historical Jerry

You can tell a lot about someone by what he says about Falwell.
Ted Olsen

The Supreme Court's abortion decision shows that the arguments have changed.
Ted Olsen

Christian tribalism is a renunciation of God's kingdom.
Ted Olsen

Denominational splits just aren't what they used to be.
Ted Olsen

What do you do when your pastor--or your entire denomination--strays?
Ted Olsen

We bullied stores out of "'Happy Holidays.'" Hooray?
Ted Olsen

It's not speaking in tongues. It may be the prosperity gospel.
Ted Olsen

Does Islam Need a Luther or a Pope?

Mormons and evangelicals fret over movies, politics, and each other.
Ted Olsen

Time to Get Judicially Serious

America questions the role of Christian charity.
by Ted Olsen
The Katrina Quandary

America questions the role of Christian charity.
by Ted Olsen

Telling underage kids not to have sex is surprisingly controversial.
by Ted Olsen

If Leviticus or Jude suddenly disappeared from Scripture, would we notice?
by Ted Olsen

Just arguing our liberties can blind us to our duties.
By Ted Olsen 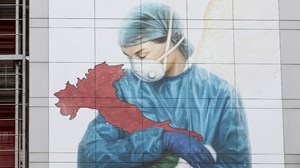