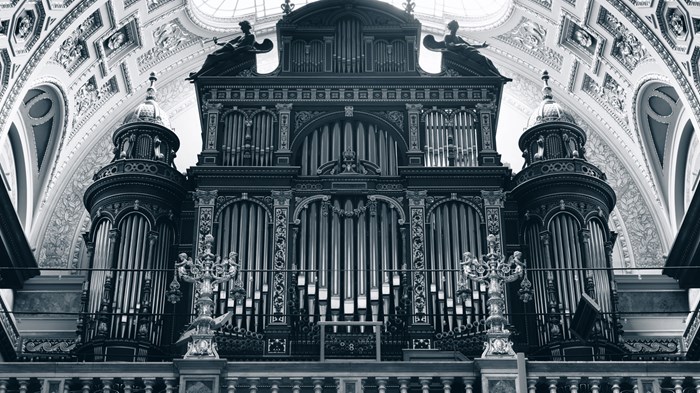 When did churches start using instrumental music? Are there churches today that still only use a capella music?

Though we know that early Christians sang during worship, they probably used no instruments. Nearly all of the backgrounds from which early Christians came-Jewish, Greek, Roman, Egyptian, and more-had instrumental traditions, but these traditions carried negative associations. Most church fathers saw the use of instruments in Jewish worship as a "childish" weakness, less glorifying to God than words of praise. In pagan worship, instrumental music and debauchery were often linked, as this fourth-century manuscript suggests:

"[I]n blowing on the tibia [pipes] they puff out their cheeks … they lead obscene songs … they raise a great din with the clapping of scabella [a type of foot percussion]; under the influence of which a multitude of other lascivious souls abandon themselves to bizarre movements of the body" (The Story of Christian Music, p. 28).

Unaccompanied vocal music continued to be the norm in Christian worship for centuries. Then, in about the 10th or 12th century, Western Christians began to use the organ in the liturgy. (The organ had been used in processions and possibly as a call to worship centuries earlier, but it seems to have made its way only slowly into the actual liturgy.) By the 15th century, organ music was widely accepted in the Roman Catholic West, though it never caught on the Orthodox East. The Coptic and Ethiopian churches, by contrast, have their own musical traditions, which make use of ancient percussion instruments.

The Reformation kicked off large-scale worship wars. When the major western traditions picked their positions, they looked broadly like this: ...