The eventual choice of December 25, made perhaps as early as 273, reflects a convergence of Origen's concern about pagan gods and the church's identification of God's son with the celestial sun. December 25 already hosted two other related festivals: natalis solis invicti (the Roman "birth of the unconquered sun"), and the birthday of Mithras, the Iranian "Sun of Righteousness" whose worship was popular with Roman soldiers. The winter solstice, another celebration of the sun, fell just a few days earlier. Seeing that pagans were already exalting deities with some parallels to the true deity, church leaders decided to commandeer the date and introduce a new festival.

Western Christians first celebrated Christmas on December 25 in 336, after Emperor Constantine had declared Christianity the empire's favored religion. Eastern churches, however, held on to January 6 as the date for Christ's birth and his baptism. Most easterners eventually adopted December 25, celebrating Christ's birth on the earlier date and his baptism on the latter, but the Armenian church celebrates his birth on January 6. Incidentally, the Western church does celebrate Epiphany on January 6, but as the arrival date of the Magi rather than as the date of Christ's baptism.

Another wrinkle was added in the 16th century when Pope Gregory devised a new calendar, which was unevenly adopted. The Eastern Orthodox and some Protestants retained the Julian calendar, which meant they celebrated Christmas 13 days later than their Gregorian counterparts. Most—but not all—of the Christian world now agrees on the Gregorian calendar and the December 25 date.

The pagan origins of the Christmas date, as well as pagan origins for many Christmas customs (gift-giving and merrymaking from Roman Saturnalia; greenery, lights, and charity from the Roman New Year; Yule logs and various foods from Teutonic feasts), have always fueled arguments against the holiday. "It's just paganism wrapped with a Christian bow," naysayers argue. But while kowtowing to worldliness must always be a concern for Christians, the church has generally viewed efforts to reshape culture—including holidays—positively. As a theologian asserted in 320, "We hold this day holy, not like the pagans because of the birth of the sun, but because of him who made it." 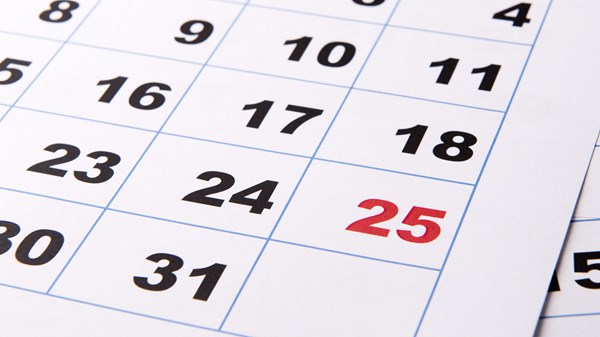