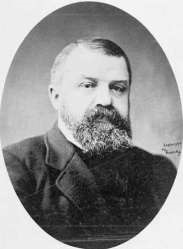 A few days after Christmas I caught up with some news stories about the sale of the boarding schools evangelist Dwight L. Moody founded for poor children in 1879 (the Northfield Seminary for Young Ladies) and 1881 (the Mount Hermon School for Boys). Hat tip to Philadelphia journalist W. G. Shuster for the links.

The basic facts according to news reports:

So what is the story behind the schools Dwight L. Moody founded and the campus that will soon take the name of C. S. Lewis?

As someone with only a rudimentary education, Moody quickly learned the value of practical learning. He was not interested in educational theory or systems. He was interested in equipping people who did not ordinarily have access to education—women, the poor, ethnic minorities. And with his passion for evangelism, ...