Unusual facts and common misunderstandings that take your knowledge beyond Narnia.
William O'Flaherty

In honor of the birthday of one of the “patron saints” of contemporary evangelical Christianity, we thought we’d offer up ten surprising facts about Lewis to better understand the beloved British writer (and so you can impress your friends at parties … whenever we can have those again).

If you only know C. S. Lewis because of his books about Narnia, then you don’t know Jack very well! “Jack,” is, of course, the name Lewis went by to his friends. This is just one of the many interesting details about him that are not commonly known. Another is the fact he died on November 22, 1963—the same day that President John F. Kennedy was assassinated. Here are ten more tidbits about Lewis that some might find unusual, or even misunderstand.

While Lewis is most known for writing The Chronicles of Narnia, he was famous enough to be on the cover of Time magazine three years before the first tale related to Aslan was published. In 1947, Lewis was the featured story for the September 8 issue of Time. The article on Lewis came out a few months after his latest book, Miracles: A Preliminary Study, was released. The reason for this honor was due to his popularity from his fictionalized correspondence between two demons in The Screwtape Letters. A casual look at the cover reveals this, as you see a pitchforked devil on his left shoulder and the wing of an angel over his head.

Most are aware Lewis married Joy Davidman Gresham, but did you know he tied the knot with her twice? The first time was on April 23, 1956, in a civil ceremony. He did it as a friendly gesture to prevent Joy from deportation from England (she was an American). Less than a year later, when it was thought she would soon die from cancer, he married her again at Churchill Hospital on March 21, 1957. So, why do it again? Few actually knew about the first wedding, so it was in part because he wanted to declare his love for her before others. This part of Lewis’s life was the subject of the movie Shadowlands that was first produced by BBC in 1985 and later a Hollywood movie in 1993.

3. Cared for a woman married to another man

Admittedly this headline is a bit sensationalized, but it’s true! As a young man, Lewis made a vow to his friend, Paddy Moore, to care for Moore’s mother if he died. When Paddy was killed in World War I, Lewis made good on his promise and lived with Janie King Moore until just before she died. Moore, though separated from her husband, never divorced; however, it is not as scandalous as you might think. Moore’s daughter, Maureen (the future Lady Dunbar of Hempriggs), lived with them for several of those years. Also, Jack’s brother Warren lived in the same household with them for about two-thirds of the time they lived together. While some would have you believe there had to be a sexual relationship, as Lewis scholar Jerry Root has stated, it is really up to the those who make this claim to prove it.

4. Soldier in WWI and wounded in action

Speaking of WWI, Lewis voluntarily enlisted in the British army in 1917. The above-mentioned Paddy Moore was Lewis’s roommate at Keble College, Oxford, where they both received cadet training. They had met shortly after Lewis joined the Oxford University Officers’ Training Corps on April 30, 1917. On November 17 that year, he went to France as part of his service. He rarely said much about his life as a soldier, and so few of his experiences are known. We do know that he was hospitalized with pyrexia in February 1918, and two months later he was wounded on Mont-Bernanchon (near Lillers, France) during the Battle of Arras.

It’s no secret Lewis enjoyed writing, but his original passion was poetry. In 1919, before his 21st birthday, his first book, Spirits in Bondage: A Cycle of Lyrics, was published. Nearly all of the book was written when he was 16 or 17 years old. During that time, Lewis didn’t believe in God, and the material reflects that perspective. The book did not sell many copies. His next poetry book, Dymer, came out in 1926 and also did not sell well. While he never published a new book of poems during his lifetime, he did continue to write them and quite a few were released in a variety of publications during his lifetime. There were so many of them that less than a year after his death, Walter Hooper edited a collection simply called Poems.

Can you imagine Lewis not taking credit for books he wrote? While it may be difficult to consider, it’s true. Early in his career, his first two books of poetry, Spirits in Bondage and Dymer, were both credited to Clive Hamilton (Clive is his actual first name and Hamilton is his mother’s maiden name). Then, before he died, A Grief Observed was published (in 1961) under the pseudonym N. W. Clerk. That book recounts some of the sorrow Lewis experienced after the death of his wife. It was republished the year after his own death with him identified as the author.

While some are aware Lewis’s first full-time job was teaching English literature at Oxford University, far fewer know he had a temporary position (1924–25) as teacher of philosophy at Oxford. One of his degrees from Oxford was Literae Humaniores, which involves the study of classics, philosophy, and ancient history, which qualified him for the short-term post. In fact, he even applied for a philosophy position at Trinity College, Oxford (but failed to get it). The short-term position he did secure at University College, Oxford, was to teach during the absence of Edgar Frederick Carritt (who was Lewis’s tutor in philosophy). Carritt was on leave to teach at the University of Ann Arbor, Michigan.

8. Never was a professor at Oxford

As noted already, Lewis did teach at Oxford. While he taught there for 30 years, he was never given the title of Professor. Instead, he was merely a “don.” What’s the difference? A don in the UK is one who is a “tutor” or “lecturer” of a particular subject. A professor is often the head of a department and has a more flexible schedule. Less than ten years before his death, Lewis accepted a professorship of medieval and Renaissance English at Cambridge University.

9. Tolkien was instrumental in Lewis getting Cambridge position

Lewis was appointed to his professorship at Cambridge on October 1, 1954 (he officially began it on January 1, 1955). Ironically, even though the position was created for him, Lewis initially showed very little interest in it. His friends J. R. R. Tolkien, E. M. W. Tillyard, F. P. Wilson, and Basil Willey all played a role in Lewis getting the position, but Tolkien deserves special mention. As Alister McGrath recounts in C. S. Lewis: A Life: Eccentric Genius, Reluctant Prophet, after Lewis had twice declined the offer to teach at Cambridge, Tolkien wouldn’t let the matter go. He sought clarification from Lewis about why he refused the offer. Lewis thought he would have to move from his home of over two decades and live in Cambridge. This was not so, and thanks to not one but two letters written by Tolkien, the issue was settled. Or, at least everyone thought it was; unfortunately, Cambridge offered the position to their second choice before Lewis contacted the university. Fortunately, that person declined, and Lewis took the position when it was offered to him a third time.

10. Lewis’s encouragement helped get the Lord of the Rings published

Why was Tolkien so willing to help Lewis obtain the position at Cambridge? As you may have heard, they were friends from Lewis’s early days at Oxford. But did you know they were so close that Lewis actually read a version of The Hobbit about five years before it was published? He told his friend Arthur Greeves about it in a letter from 1933: “Since term began I have had a delightful time reading a children’s story which Tolkien has just written.” Not long after the book came out in 1937, Tolkien’s publisher wanted a sequel. As Diana Glyer recounts in Bandersnatch, Tolkien initially declined but eventually reconsidered. Early chapters of the sequel were shown to Lewis on March 4, 1938. Lewis gave feedback to Tolkien that he took to heart, which led to the rewriting of the first three chapters. As you might recall, The Lord of the Ringswas not published until the 1950s, but few know that, had it not been for Lewis, it might never have seen the light of day. Tolkien wrote in his letters about Lewis, “I owe to his encouragement the fact that … I persevered and eventually finished The Lord of the Rings.”

William O’Flaherty is an in-home family therapist, author, and creator of the website essentialcslewis.com and the YouTube channel 90 Seconds to Knowing C.S. Lewis. His latest book is The Misquotable C. S. Lewis: What He Didn’t Say, What He Actually Said, and Why It Matters (Wipf and Stock, 2018). 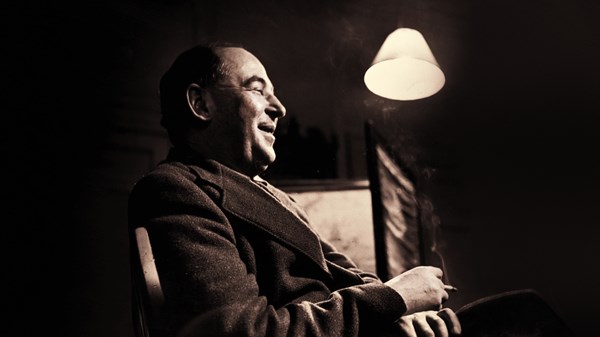