These two brethren, Leonard Dober and David Nitschmann, started their journey, sure of their heavenly calling and determined to persevere for Christ’s sake in spite of all of the difficulties. Yes, with their lives they would venture all, having received the blessing of the congregation at the meeting in Herrnhut on the 25th of August 1732. Count Zinzendorf himself blessed Dober by laying his hand on this man who had felt called to go forth as a witness. “Let yourself always be led by the Spirit of Jesus Christ,” said the count.

On their joumey to Copenhagen they visited various God-fearing friends, many of whom advised them against going. Hearing of their calling and plans, these people tried hard to change the men’s minds. They sought to show them the impossibility of their ambition, and the disadvantages which lay in front of them and that at the end of their indescribable and untiring efforts there could only be certain death for them. Seeing how strongly they objected, the brethren did not try to contradict them, but remained true to him who had called them, assured that they could do nothing but follow their convinctions.

Only Countess von Stollberg at Wernigerode strengthened the brethren in what they planned to do and encouraged them to venture all for Christ’s sake. It was such an encouragement to hear the countess speak in that way for until then, only Count Zinzendorf had spoken encouragement.

In Copenhagen, where they arrived on the 15th of September, no one agreed with them or with their calling. The brethren were told that they would only have the greatest difficulties. The people there tried to convince them of their folly, first, by saying that no ship would take them and, second, that if they ever did arrive ... 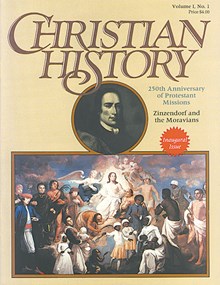