In a list of Bunyan’s works published in 1690, Charles Doe claimed to give the original title page for this sermon as it was first published (posthumously) in 1689: “MR. BUNYAN’S LAST SERMON, at London, preached at Mr. Gamman’s meeting-house, near Whitechapel, August 19th, 1688, upon John 1:13: showing a resemblance between a natural and a spiritual birth; and how every man and woman may try themselves, and know whether they are born again or not.” If this date is correct, the sermon was preached only two days before Bunyan’s fatal illness, and twelve days before his death on August 31, 1688.

The words have a dependence on what goes before, and therefore I must direct you to them for the right understanding of it. You have it thus: “He came unto his own, and his own received him not: but as many as received him, to them gave he power to become the sons of God, even to them that believe on his name: which were born, not of blood, nor of the will of the flesh—but of God.’

In the words before, you have two things. First, Some of his own rejecting him, when he offered himself to them. Second, Others of his own receiving him, and making him welcome; those that reject him, he also passes by: but those that receive him, he gives them power to become the sons of God. 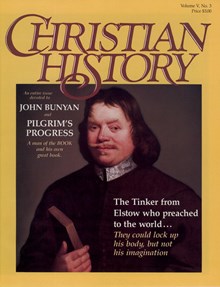