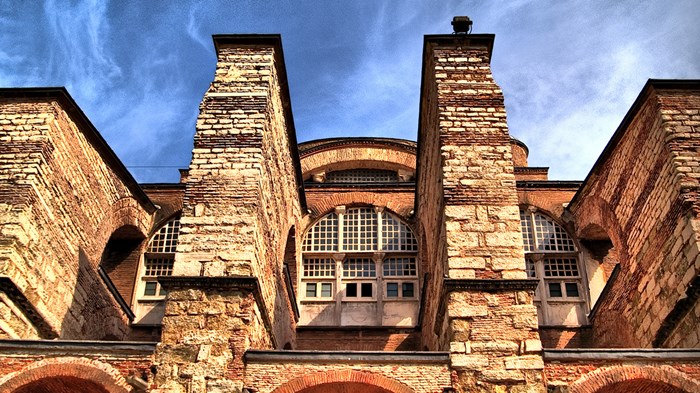 Image: Michael Gottwald/Flikr
Current Issue
January/February 2020Subscribe
Read This Issue
Subscribe to Christianity Today and get instant access to past issues of Christian History!
Follow @ctmagazine
Free Newsletters
Get the best from CT editors, delivered straight to your inbox!

On Saturday, July 16, 1054, as afternoon prayers were about to begin, Cardinal Humbert, legate of Pope Leo IX, strode into the Cathedral of Hagia Sophia, right up to the main altar, and placed on it a parchment that declared the Patriarch of Constantinople, Michael Cerularius, to be excommunicated. He then marched out of the church, shook its dust from his feet, and left the city. A week later the patriarch solemnly condemned the cardinal.

Centuries later, this dramatic incident was thought to mark the beginning of the schism between the Latin and the Greek churches, a division that still separates Roman Catholics and Eastern Orthodox (Greek, Russian, and other). Today, however, no serious scholar maintains that the schism began in 1054. The process leading to the definitive break was much more complicated, and no single cause or event can be said to have precipitated it.

Immediate Causes of the Break

In 1048 a French bishop was elected as Pope Leo IX. He and the clerics who accompanied him to Rome were intent on reforming the papacy and the entire church. Five years earlier in Constantinople, the rigid and ambitious Michael Cerularius was named patriarch.

Problems arose in Southern Italy (then under Byzantine rule) in the 1040s, when Norman warriors conquered the region and replaced Greek [Eastern] bishops with Latin [Western] ones. People were confused, and they argued about the proper form of the liturgy and other external matters. Differences over clerical marriage, the bread used for the Eucharist, days of fasting, and other usages assumed an unprecedented importance.

When Cerularius heard that the Normans were forbidding Greek customs in Southern Italy, he retaliated, in 1052, by closing the Latin churches in Constantinople. ...

1054 The East-West Schism
Hide This