The devout, combative, and scandalous women who shared in the Crusades.
Ronald C. Finucane 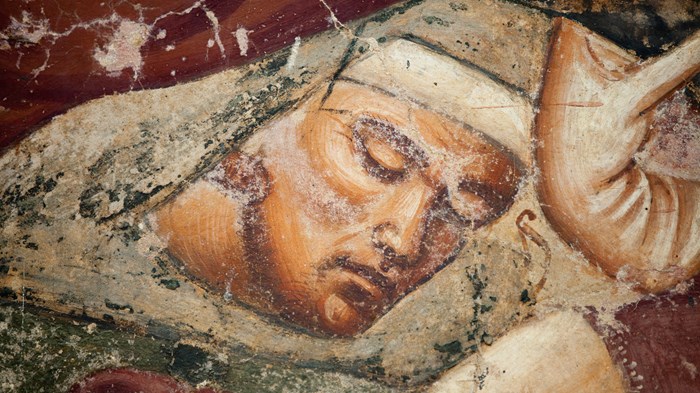 Though historians have fixed the crusading knight firmly in the public mind, it is less easy to picture the women who went along on these ventures. Women followed the pilgrimage routes of medieval Europe as avidly as men. Women suffered while on ordinary pilgrimage to the Holy Land, and they could hardly expect lighter treatment on the Crusades. And yet they went.

Well-known ladies accompanied their husbands on these dangerous journeys—for example, the wives of Baldwin of Boulogne and Raymond of Toulouse, leaders in the First Crusade, and the wife of Richard the Lion-Heart, who married him in the course of the Third Crusade.

Most of the women who accompanied the crusaders, though, were the wives of ordinary pilgrim-warriors. Sometimes the proportion of women must have been relatively high, considering the dangerous nature of the expeditions. On the First Crusade, the armies were held up at Antioch when a pestilence struck: it was reported, incredibly, that “nearly fifty thousand” women died within a few days. Even though medieval statistics are untrustworthy, the writer is clearly saying that a great many women died.

Whenever a fight was in the offing, women and other noncombatants (the clergy, the sick, the old, and children) were usually herded together in some secure position while the infantry, knights, and their leaders formed up for action. But there were bound to be fatalities.

As a prelude to the First Crusade, Peter the Hermit’s band was wiped out just beyond Constantinople, in the course of which the Turks invaded the base-camp of the Christians: “And going within the tents, they destroyed with the sword whomever they found, the weak and the feeble, clerics, monks, old women, nursing children, ...