The tragic economics of the slave trade.
Mark Galli 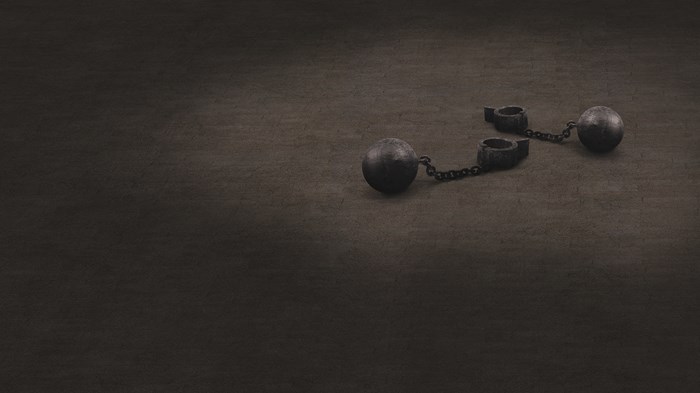 In the 1400s, Europe began discovering the great mass of Africa beyond the vast Sahara. At the end of the century, it also discovered the Americas. Little did it know that the two land masses would become so inextricably bound.

For the next two centuries, European superpowers planted a chain of European colonies from New England to the West Indies to Brazil. Such places seemed to have an inexhaustable supply of sugar, tobacco, silver, and gold. Visions of great wealth danced before the superpowers' eyes—provided they could find the labor to exploit the situation.

They soon concluded that such labor could not be found in the Americas. The "redskins" in the North refused to abandon a nomadic lifestyle based on hunting to pick cotton on white men's plantations. The natives of Central and South America didn't seem physically capable of the work their conquerors expected of them. Yet somehow, civilized Europe was determined to have its sweets, tobacco, and other exotic commodities.

The solution came from Portuguese traders who had found something in Africa besides gold. In 1440 the first cargo brought to Lisbon by the first European company for the exploitation of West Africa consisted of 20 black slaves. The Portuguese concluded that if blacks could work in Portugal, they could work in Brazil. To the Portuguese, these Africans were simple, childlike folk, docile, inured to tropical heat, strong, tough—they seemed to have been created for the special needs of colonial planters.

Nor was it particularly difficult or dangerous to get them. In fact, they could be gotten more easily than gold or ivory.

So, in due course, men, women, and children of West Africa were bundled across the ocean ...

This article is from Issue 53 of the Christian History archive.