Facts, both fascinating and little-known about Jesus and his times.
Ted Olsen

Children in Jesus' day played games similar to hopscotch and jacks. Whistles, rattles, toy animals on wheels, hoops, and spinning tops have been found by archaeologists. Older children and adults found time to play, too, mainly with board games. A form of checkers was popular then.

Tradesmen would be instantly recognizable by the symbols they wore. Carpenters stuck wood chips behind their ears, tailors stuck needles in their tunics, and dyers wore colored rags. On the Sabbath, these symbols were left at home.

The second commandment forbade "graven images," so there are few Jewish portraits showing dress at the time. Also because of this prohibition, the Jews produced little in the way of painting, sculpture, or carvings. The masonry and carpentry of the day appear utilitarian. One notable exception to the commandment seems to be the tolerance of dolls for children.

At the two meals each day, bread was the main food. The light breakfasts—often flat bread, olives, and cheese (from goats or sheep)—were carried to work and eaten at mid-morning. Dinners were more substantial, consisting of vegetable (lentil) stew, bread (barley for the poor, wheat for the rich), fruit, eggs, and/or cheese. Fish was a common staple, but red meat was reserved for special occasions. Locusts were a delicacy and reportedly taste like shrimp. (Jews wouldn't have known that, however, since shrimp and all other crustaceans were "unclean.")

Only those in the tribe of Levi could be priests, but they had to be free from any physical blemishes, infirmities, or defects. Actually, there were deformed and dwarfish priests, but, though allowed to eat the holy food with the other priests and Levites, they could not make sacrifices.

There are a few hints of anti-Roman sentiment in Jesus' ministry. When he sent the demonic "Legion" (a Roman word) into a herd of swine, it undoubtedly conjured images of the Roman military legions. (One legion occupying Jerusalem even used a boar as its mascot.) Sending the demonic legion to its destruction would have been a powerful symbol to the oppressed Jews.

Jesus wasn't the only wonder worker of his day. Both Jews and Romans could list dozens of divinely inspired miracle workers. Jesus seems to have been different in that he eschewed magical formulas or incantations, refused pay, and took time to discuss the faith of those who sought his help.

Jesus lived close to three major ancient cities. The ancient capital of Galilee, Sepphoris, was just over the hill from Nazareth. Tiberias was on the lake, and travelers passed through Scythopolis to get to Jerusalem. Curiously we have no record of Jesus having visited these cities.

The mountain where Jesus was transfigured could be Mount Tabor. Ironically, though Jesus rebuked Peter for suggesting he build three dwellings there, by the 700s three churches sat atop the mountain to commemorate the event.

Jesus lived during the age of papyrus rolls, which were no more than 33-feet long. This as much as anything else determined the length of literary works in antiquity. It is no accident that, for example, Luke's Gospel is the maximum length for an ancient document, and thus another papyrus role had to be used to inscribe the Book of Acts. 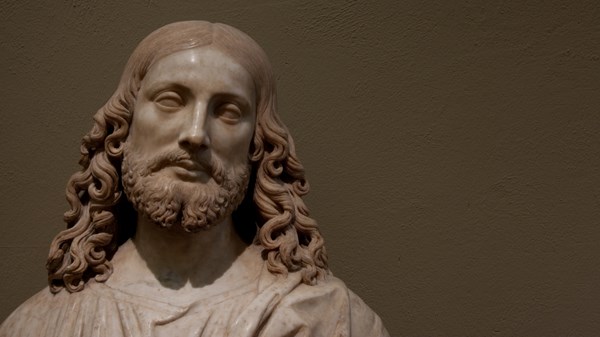