Geoffrey W. Bromiley, renowned church historian and historical theologian, and professor emeritus at Fuller Seminary in Pasadena , passed away this last Friday, August 7. One could well argue that he was one of the most significant background figures in 20th century theology. He helped shape English-language Christianity over the past six decades, translating and editing—from several original languages—thousands upon thousands of pages of theological works from such notables as Karl Barth, Jacques Ellul, Helmut Thielicke, Wolfhart Pannenberg, and Ernst Kaseman, among others.

First a personal word before I note the official notice from Fuller Theological seminary. I was a student of Bromiley's in the 1970s, and have said repeatedly over the years that he was my favorite professor. Not because he was a dynamic lecturer or the type of professor whose popularity is able to attract a fan base of devoted students. His lectures were succinct, clear, organized, and ended on time, with room for ... 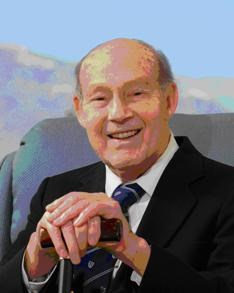